On this page, I've tried to collect all that we know so far about the backstories of the Waffle Crew. I'll try and keep this updated as the show progresses. If there's something you think should be added, please let me know.

The main source is this page, which has the character sheets of the heroes. Most of them haven't been updated, but Paultin is 8th level. Did you know that he has dimension door? 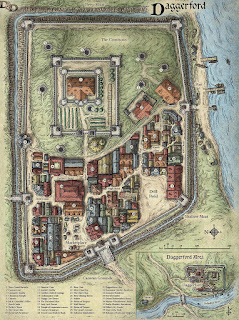 At the start of episode 1, the group had just left Daggerford, a town featured in Scourge of the Sword Coast. The ruler of Daggerford is somewhat inept and there's a succubus looking to replace him. This succubus goes on to appear in Dead in Thay.

The group already knew each other at the start of episode 1. It has not been revealed what they'd done together before then.

They camped in the Misty Forest. They were pulled into Barovia through the mists of Ravenloft. 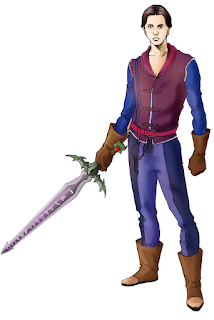 Diath is a human rogue.
Backstory: Diath was born and raised in Waterdeep to a family that worked hard to get by. They weren't rich, but they also weren't poor. Until, that is, his family home was robbed.

From there it was a struggle to survive every day. Diath did odd jobs wherever he could, and on especially unfortunate days, he resorted to begging on the streets.

(episode 21) When Diath was a beggar, a mysterious person gave him the key ring.

The Keys: He's long forgotten their face, but this was when one cloaked figure simply placed a set of keys into his hands instead of a copper piece. He does not know what the key ring is for. It is later revealed that one key open the Tome of Strahd, and also that the keys fit into the magic sword Gutter.

Not Motivated by Greed: Adventuring quickly became his steadiest form of income. He does not desire fortune, but rather the tales and experiences he obtains from going on adventures. Any valuable gem, jewel, or trinket he discovered he kept for himself as a memento of how far he's come.

Not a Burglar: As a victim of petty theft himself, he refuses to outright steal. Diath has no interest in breaking into homes, cutting purses in the streets or taking from other citizens struggling to get by. For him, uncovering long-forgotten artifacts is far more valuable than any amount of coin.

Ancestors: It has been revealed that Diath has two ancestors: 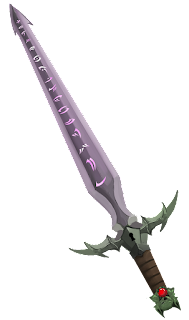 Gutter: This sword has a keyhole that Diath's keys fit into. Each time he uses a key, a portal opens and Shemeshka the Marauder steps through and will answer three questions. In return, Diath must hand over one of the keys from his key ring. 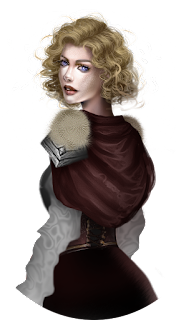 (Episode 1) Evelyn is immaculately dressed and very clean. Chris said that she has family ties in Waterdeep. The Marthaines have some sort of holding in that city.

Appearance: Evelyn looks like a flyer in cheerleading. Tiny, but built! You might describe her face and hair as cherubic. She's definitely "cute but deadly." The power of her God seems to flow through her in unbelievable feats of strength.

Juniper: In a roomy little pouch at her belt, or, at times, on her shoulder, she's currently carrying a little gray mouse that she has nursed back to health after finding it with a broken leg in the city streets. She calls it Juniper, and it's become quite tame.

Backstory: Evelyn came from a noble family and had a provincial, but overall privileged childhood, probably with some connection to Waterdeep. By tradition she should be addressed as "lady," but she never requires the honorific and encourages people to "just call her Evelyn."

Not Much Family: She doesn't really talk about it, but there doesn't seem to be much family or home for her to go back to. She's well known as a kind protector, and there's no particular scandal about her or her family, she just tends to focus on others and not say a whole lot about where she came from.

(Episode 13) Sometimes Evelyn didn't pay attention in paladin school because she was drawing horses. She had a teacher who wore the Icon of Ravenkind.

Doesn't Talk About Past: Her flaw "in fact, the world does revolve around me" manifests not so much in self-centeredness, but more in a steadfast, sometimes unreasonable optimism. "Everything will be all right" and "tomorrow is a new day" seem to be as far as Evelyn will go when talking about her past.

Mysterious Incident Involving Parents: She was from a very small, quiet, provincial town - but a rumor has been heard once or twice around town that something happened to her poor lord and lady parents, and the most sinister of those whispers imply that Evelyn left home because she may be somehow to blame.

Heirloom - Winged Boots of the Dawn: Fey, religious boots with a blissful quirk. Passed down as an heirloom by the church in Evelyn's hometown before she left, these boots glow in the moonlight, and are worked with the holy symbol of Lathander. When worn, they make the wearer feel fortunate and optimistic about the future, and harmless creatures seem to frolic in their presence. (4 hours flight per day) 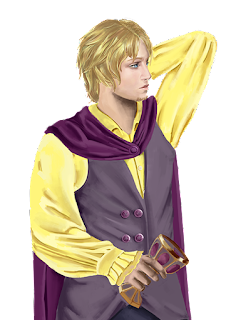 Paultin's character sheet has been updated all the way to level 8 as of this writing. Some of Paultin's traits may have changed from the original concept listed on his sheet.
Backstory: Paultin doesn't have a backstory on his sheet. All we know are bits and pieces gleaned from the show.

Ancestor: He may have an ancestor named Jesper (Yesper?), also a bard who drank a lot.

Paultin's Shadow: It appears that Paultin's evil shadow was active for a long time. The shadow is eventually revealed to be a shard of Strahd's spirit whose goal is to corrupt Paultin and make him an ally of the dark lord.

Dead Parents: (Episode 25) The story goes like this. The vistani brought one of their kind to Rudolph van Richten to heal them. Included in this clump of vistani were Paultin's parents and a very young Paultin.

The patient died despite van Richten's efforts. To avoid their curse, he urged them to take something of his in compensation. They took his son, Erasmus.

Zombies: When van Richten realized what they'd done, he tried to save Erasmus only to find that they'd sold him to a vampire named Baron Metus. Obviously upset, van Richten got the corpse of the vistani he was unable to save and rode into the woods. He was attacked by an undead horde led by a lich. For whatever reason, the lich protected him and magically warded him from the undead.

Protected, van Richten led the horde to the vistani camp, where they killed all of the vistani in that clan except for Paultin. A dying vistani cursed van Richten. From that day forward, all who became close to him would suffer a horrible fate.

(Episode 26) According to van Richten, he purposely spared Paultin.

Erasmus: Erasmus had become a vampire and he could not be saved. He begged his father to kill him. Van Richten did, and from that day forth, he was relentless hunter of vampires and other supernatural monsters. 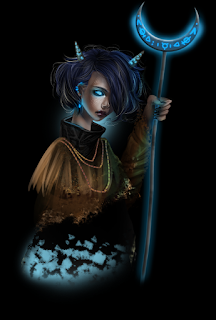 Strix has a complex origin.
Appearance: Pale skin, milky eyes, fluffy long black hair, small pointed fangs and two small brown horns protruding from the upper head, hidden when she has her hood up. Her black and brown tattered robes are held together by some leather belts and straps. Miscellaneous vials and trinkets hang from them.

She has a long, pale tail ending in a spade that she hides under her robes when around commoners who might be afraid of her heritage. She has a worn leather backpack covered in sigils that she drew and probably mean nothing. 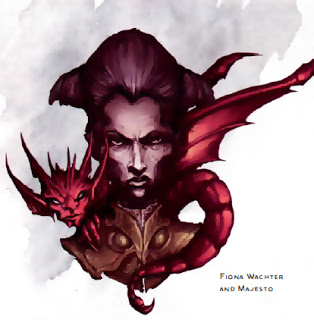 Backstory: (Acq Inc: Enter the Trash Witch) The Skizzixes were a human family from Sigil that feared annihilation from their rivals. They made a pact with Asmodeus to become tieflings and they were also awarded vassals - devils to serve as bodyguards and assistants. Strix is the most powerful member of the family.

There is an infernal contract linked to Strix that can be used to summon her and force her to do things.

(Episode 7) Strix is the daughter of a devil and a mortal (who is described as "a lovely woman" by Lady Wachter). A deal was wrought to make her. Strix has an older brother named Izek, who has one huge, monstrous arm.

Stolen by Vistani: Lady Wachter said that she could have raised Strix as her own daughter, but the vistani ("wanton thieves") stole Strix from the Wachters. The vistani would have taken Izek as well, but he slipped through their grasp.

Lady Wachter claimed that she could help Strix harness the power inside of her.

Strix asked Izek about their family. He said: "It is just me. Do not speak of aunts and other relatives."

Sigil: (Info from a story Holly wrote) Strix was placed in the city of Sigil with the word "Strix" written on her arm. She lived on the streets in the Hive, the poorest and most dangerous section of Sigil. Strix made a living selling dead bodies as a member of the Dustmen faction.

The Bariaur: She was taken in by a bariaur (half-woman/half-goat) who ran an orphanage/bakery. Strix stayed there for years, bonding with her fellow orphans.

The Entity: A shadowy entity entered the bakery and killed everyone except for Strix. Strix does not know why it spared her.

Planar Adventures: Strix fled into the planes, traveling to:
In the Feywild, Strix was taken in by the legendary hag Baba Yaga. Strix lived in her dancing hut for a few years, making baked goods. Baba Yaga eventually told her it was time to go, and gave Strix the little black book that records her dreams.

Baba Yaga left Strix in a forest on a prime world. Strix settled into a bramble hovel. The immediate aftermath of this is described here.
Posted by Sean at 3:04 PM

I feel like this page could use some serious updating, especially after the feels-filled roller coaster of Episode 73

Where did you find that picture of (human) Evelyn? I love it!