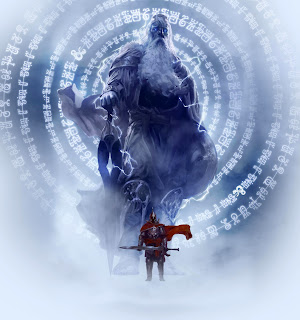 You can read this issue on a desktop here.

That was quick. Another issue of Dragon Plus! Apparently, this one is loaded up with Storm King's Thunder

I am about halfway done with the Guide to Storm King's Thunder. I'm not sure how I feel about the adventure yet. Chapter 3 is really, really weird. They went all in on the sandbox thing.

Mike Mearls talks about how he's rarely used giants in his games. He used them once in an Eberron game. Mike says he is running a campaign right now based on the old gold box PC games (Eye of the Beholder and Pool of Radiance). You know, I would really like to read summaries of his campaigns and those of other D&D creators.

I would especially like to read summaries of Ed Greenwood's games. While he is celebrated, the guy does not get early enough credit for the volume and quality of D&D material that he has created. He basically invented Hell as we know it in D&D. He made so many infernal NPCs that there's still dozens of random Dukes that haven't been utilized in D&D continuity.

Anyway,  Mike says that he's always giants a bit boring but he thinks they've livened them up with this adventure.

Then we get a ton of links to apps, products and programs to assist in D&D. Weirdly enough, this ended up being one of the best articles of this entire issue. I learned about a bunch of stuff that could dramatically enhance my campaign:

D&D 5e Treasure Generator: This is very handy! Especially because in Storm King's Thunder, there's a ton of rolling on the treasure charts. I love rolling on those charts, but it can waste a lot of time at the table and kill the flow of the game. This thing also generates spellbooks, which is absolutely fantastic.

Donjon: This site has been around a long time and they are awesome. The site now has handy lists of spells, monsters and magic items complete with page numbers. Unfortunately, some of the stuff doesn't have descriptions.

Tabletop Audio:  has background sounds for your game. I tried some of them out. I am pretty snobby when it comes to music, so I was trepidatious going in. But the more I clicked, the more awesome this site was. I decided to click on the ones that would see the most use: The medieval town, woodland campsite, catacombs, dungeon I, mountain tavern.They are all great. Not good. Great!

This site is unbelievable and completely free. If you have any interest in using this stuff, definitely check it out.

That said, I feel the need to point out that I have never heard better D&D music than select tracks from God of War 2:

Battlebards: This site is also awesome. The "orc war march" in the sample section is great. I also liked the "civilization during night" in the soundscapes section. In the monsterscapes section, "common giant" is pretty great and perfect for Storm King's Thunder. Sound Effects: "raise dead" is great too. Between this site and tabletop audio, you are set. 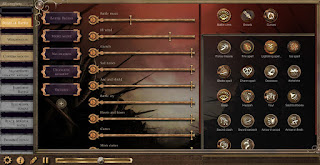 Syrinscape: I saw the other day that this site is one of the most highly-rated D&D things on the EN World reviews section. This site actually costs money, so I'm a little wary.

I decided to give it a try. You can download the player for free. Wow. Music plays and you can add effects - you can hit a "dramatic moment" button, use different spell sounds, sword noises.. amazing. There's a sad trombone noise. This thing is awesome!

I'm going to try it out in my Planescape game on Sunday and if my players like it, I'll subscribe.

My one question about this program is whether it can be used during online games like Roll20. I think it would add a ton to the session, but I'm not sure how those things work. 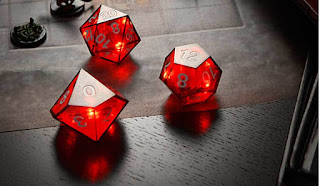 : These were popular in the game store. They glow when you roll a critical. 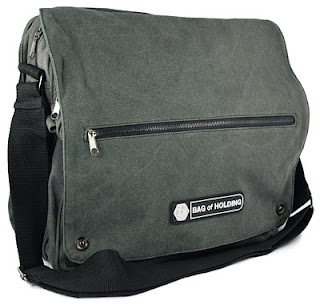 The Bag of Holding Messenger Bag

: This was legitimately one of the best birthday presents I ever got in my life.

A Brief History of Giants 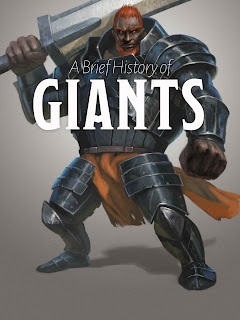 Shannon Appelcline, who is maybe my favorite D&D writer, gives us a complete history of D&D giants. He mentions a book I don't think I have ever heard of, the Bestiary of Dragons and Giants. Apparently it has a bunch of lair adventures, which sounds pretty cool.

The Crumbling Hall of the Frost Giant Jarl is mentioned, which is a free download. Unfortunately the file is no longer there.

We get a free code for the Wizard in a Bottle adventure, which sounds pretty cool.

The author, MT Black, says this was inspired by Bottle City! He mentions watching a twitch stream where people were playing his adventure. That must be really weird.

There's a D&D stream... Twits and Crits. The first episode is only 20 minutes! That's now on my "reviews to do" list. They didn't plug Dice, Camera, Action. What's the deal with that?

"I have a readied action. Can I stop readying to take an opportunity attack? Or is ready a full turn commitment?"

"If you have an action readied, you can make an opportunity attack, which causes you to stop readying."

Hall of the Fire Giant King 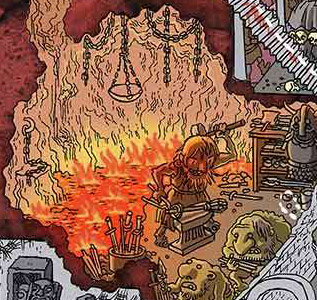 The Mockman walkthrough maps are one of my favorite things going in all of D&D. I want to see some of the areas in Storm King's Thunder. Hopefully that will happen!

I feel like this issue needed two more articles. I wanted at least one more piece on Storm King's Thunder. It could be material they couldn't squeeze into the book, extra items, expanding some of those chapter 3 scenarios, that kind of thing.

I think it would have also been cool if they had MT Black write a 6 page scenario connected to Storm King.

Can't Accept It: I am having a really hard time accepting that Dragon Plus is just an advertising vehicle. I mean, it works. At least, it worked on me. I am 99% positive I am going to subscribe to Syrinscape.

But I want to see more actual content for the tabletop game. I want magic items, at least one adventure, Demonomicon of Iggwilv articles, and information on D&D history and lore. I want profile articles that update an NPC or city.

Streamers: I'd also like to see interviews with people from streams. Holly from Dice, Camera, Action has a long history with D&D (Planescape!) that I want to know about.

Writers Siting Idle: There are a lot of people who have been around for a long time that I think can contribute great things to this magazine. There's a billion of them. Off the top of my head: Derek Myers, Kevin Kulp, Mike Shea, Teos Abadia, James Introcaso and Merric Blackman. Matt Mercer wrote some of the most popular items on the DMs Guild, maybe he could provide some material. I recently read chapter one of the Hell's Rebels adventure path by Crystal Frasier and it was absolutely fantastic. If it's possible, they should get her to do some stuff.

Old Creators: I'd also like to hear from authors from old editions talk about things we didn't know about old products, campaign settings (this one is awesome) or ideas that ended up on the cutting room floor. I remember long ago at a convention, Jeff Grubb told me that TSR once tried to trademark the word "nazi."

In particular, ENWorld put up an absolutely fantastic article that has information on Lorraine Williams (the woman who may or may not have stolen TSR from Gary Gygax) that I have never heard before. I also didn't know about the raunchy corporate atmosphere at Wizards of the Coast before Hasbro bought them out.

I just had to get that off my chest. I feel like there is no reason why this stuff isn't happening. I guess if this app is free, there's no budget for any of it. I'm not privy to the inner workings of the company, so maybe there are all sorts of other hurdles that I am unaware of.
Posted by Sean at 5:36 AM

Really interested to hear more about your thoughts on SKT. We're finishing up CoS this month and I'll be running a PC for a bit, but was planning on using it for my next turn as DM.
CoS was fun but a lot of work, I don't know what to do with myself when I'm done! I found Vallaki to be the toughest chapter as there was so much going on even with your great guide I missed so much. If STK is going to have a huge section like that makes me reconsider playing it.

Here's an archived version of The Crumbling Hall of the Frost Giant Jarl:

I use Ambient Mixer on my desktop that is in my gaming area. It's free, and has everything I want as far as sound to support my game. I generally don't use "music" but rather a collection of sounds, like water dripping or wind blowing or combinations of sounds. You can select and control each sound separately in any given mix. Worth checking out.

Buzzclaw: Awesome! Thank you, I will check it out.

Jason Raabis: I will check out Ambient Mixer. Thanks for the heads up. I really get a kick out of controlling the sounds and I think it's going to be really fun and funny to do.

If you want to know how to use syrinscape with roll20 (and discord) I can write up a tutorial. I am using it with fantasygrounds :)

UE: Sure! Let me know! Somewhere down the road, I might start using roll20.