The Best D&D Adventures of All Time Part 2 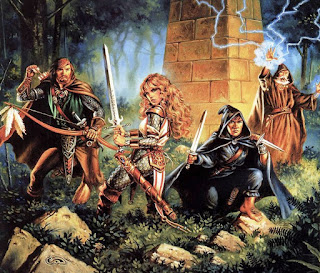 Here is part two of my choices for the greatest D&D adventures of all time. Part One is here. As I said before, the thing that is most important to me when it comes to a module is exciting ideas. All of these adventures are ones that I have run.

The Dancing Hut of Baba Yaga 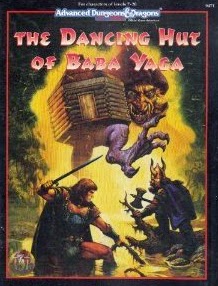 I know a lot of people prefer the 1st edition version of this adventure, but The Dancing Hut of Baba Yaga is the first "version" of the hut that I read and I loved it. In fact, I love it so much that I haven't read it in 15 years and I can rattle off all of my favorite parts.
This adventure is insane and a lot of fun. I have since run the 1st edition version, "The Dancing Hut" from Dragon Magazine, and found it lacking. The original version leaves out way too many details. I prefer the 2nd edition version (and the 4e version by Craig Campbell).

I am going to go ahead and say that this is my favorite actual dungeon of all time. I've never enjoyed reading or running one more.

To get to the dungeon of Bhal Hamatugn, you have to cross a misty underground lake. Kuo Toa may swim up from underwater to try to flip your boat. If that happens, you're in an underwater combat with them and you are in big trouble.
Legacy of Io (Dungeon Magazine #172) 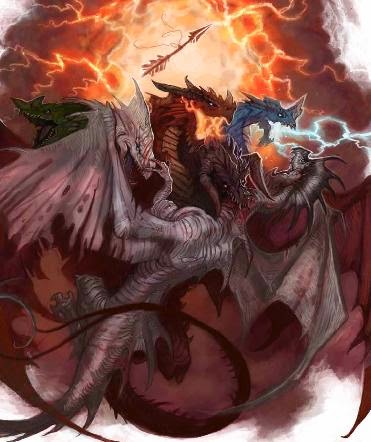 Legacy of Io has a really world-shattering story. Tiamat, the evil god of dragons, killed Bahamut, the good god of dragons. Bahamut had a contingency plan which involves our trusty adventurers. They must travel to Hestavar, a city where angels and devils co-exist. From there, we commence with the awesome:
This one had a real Indiana Jones and the Last Crusade feel to it. I loved that movie and I loved every second of this adventure. 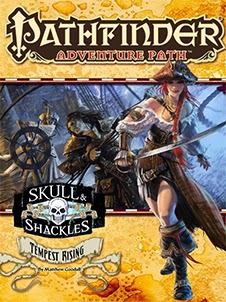 is one of the greatest campaigns I have ever run. This adventure is about the heroes proving themselves as worthy pirate lords. To do so, they enter a pirate ship race known as the Free Captains' Regatta. The prize: An island. The race is beyond awesome.
Of course, there are miniatures of all the prominent monsters and NPCs of Skull & Shackles because Paizo is awesome.

This was one of the most fun things I've ever run in d&d. My players won the race in the final stretch by tossing their heftiest crewmember overboard.

Intrigue at the Court of Chaos 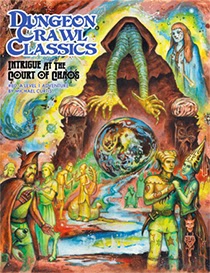 In Intrigue at the Court of Chaos, the adventurers stand before five massive entities of Chaos. The Court of Chaos includes god-like creatures such as Noohl the warlord, Dzzhali the undead bride, and Magog, the guy with a 2-trunk face that ends in seven-fingered hands! The Court wants our trusty heroes to go to the Plane of Law to steal an ancient artifact.
This adventure is an absolute pleasure. So creative, so fun. There is nothing in this world I like saying out loud more than "THE CATAPHRACT."

And there you have it. The greatest adventures of all time.
Posted by Sean at 11:47 AM

In reference to the various Baba Yaga's Dancing Hut adventures, I'm reading through Paizo's Reign of Winter AP; it's an entire adventure Path centred on the subject! Included is a history of the various renditions of the Hut and what they wanted to accomplish with their take on it.