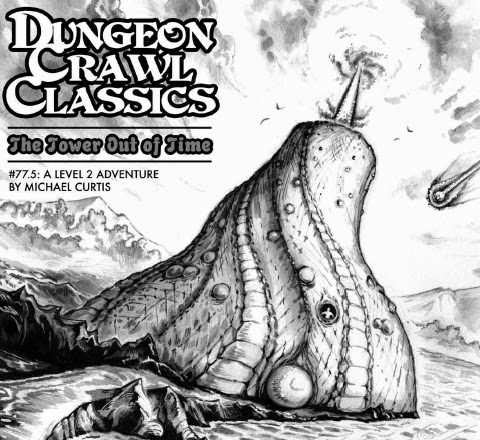 Hello there my stalwart companion. Get a load of this. I ran Dungeon Crawl Classics last night (details are here) and I had two.. count them... two players. A couple people couldn't make it at the last minute.

I was told that three of the players were planning on killing the character of another player. Why? Because she used her laptop while we played and it bothered them.

I was taken aback. First off, normally I wouldn't let a player use a laptop during a game, but in this person's case I make an exception. In my opinion, this person is at the game just to kind of get comfortable being around people. I think I mentioned this laptop thing in last week's Scourge of Sword Coast blog. Some of the players play both games.

Second, I forgot how new these players are. I think you would agree with me that the general rule of thumb in RPGs is not to deal with out-of-game issues in-game. They apparently aren't familiar with this idea. I explained that killing her character is probably not the optimal way to handle the situation. 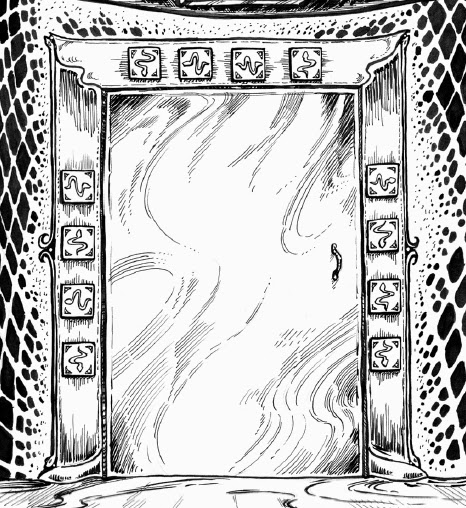 They were really going to murder her character in cold blood. Their in-game reason was going to be: "You are not pulling your weight".

Not cool! I'm glad I caught this in time, it would have been a big thing. Who knows, it still might be.

The store owner tracked me down and asked me to run the Dead in Thay game day dealie this Saturday. None of my Wednesday players are doing it. He says there are some people who have an interest in D&D Next.

So what this means is I will either go there and have nobody show up, or I may meet some new people to possibly poach for my various games.

Now.. with all of that book-keeping out of the way, I'd like to follow up on my wand of wonder post with a further expression of my love for random charts. I'd like to talk about the 2nd edition book known as the Tome of Magic, and specifically the table of Wild Magic.

For the record, I love the Tome of Magic so much that I own three copies of it. And what's either scary or sad is that I barely ever look through it past page 8.

According to the Tome, there are areas in the Forgotten Realms called the wild lands. Ed Greenwood you've done it again! First slapthighs, now this. It's kind of vague as to what the deal is with the wild lands. But SPACE SAGES studied the wild lands and learned about wild magic. Some became Wild Mages. Here's some fun facts about Wild Mages:

- They can only be humans, elves or half-elves (no gnomes..!?)
- Wild mages have a 50% chance of controlling the effects of a wand of wonder and can cast spells he/she knows by using charges from the wand.
- Their spells fluctuate in power and range through a confusing random chart.
- There is a chance when casting a spell that a wild surge occurs. That's when you roll on the table. Here's some of my favorite results from the wild magic table..

Ok that one is... yikes. Fireball? Sleep? Not cool!

This is kind of the TSR sense of humor. There was a lot of looney tunes-type of goofiness in their stuff in the late 80's to early 90's. Here's a cruel one:
Caster is allergic to magic items. Sneezes uncontrollably until items are removed. Lasts 1 hour.

Yeesh that is brutal. I think I might change let the player roll again. It feels like a dick move.

Caster falls madly in love with target until remove curse is cast.

I always enjoy this type of result. Very amusing and can catapult you into Dirty D&D territory.

There are few things players hate more than having their character age like this. Unless they're playing an elf, in which case it's pretty cool.

Reverse Gravity on caster for one round

So basically the poor wizard launches up into the sky and then falls to his or her death. Yikes again.
One normal item within 30 feet of the caster becomes permanently magical.

That's really great. It definitely puts the DM on the spot! You can't make it lame, like a +1 sword, it needs to be something fun and cool.

Gate opens to a random outer plane opens.. 50% chance for an extra-planar creature to appear.

Depending on the cosmology, this is simple. For 4e, roll a d4:

1. Astral Sea - I'd go with Hestavar the city where angels and demons co-exist.
2. Elemental Chaos - The City of Brass.
3. Shadowfell - Probably Gloomwrought, or maybe the Raven Queen's palace just so I can use Vorkhesis, Master of Fate because he is awesome.
4. Feywild - Mithrendain? Actually I'd probably use the unicorn valley, home of the sexy unicorn people (Buy me a drink some time and I'll tell you some stories that may make you want to claw your eyes out).

There you go. Some highlights from probably my favorite random chart out of all of D&D. I have always enjoyed "pull the lever" randomness in D&D both as a player and as a DM. It's just plain fun, and that is what the game is all about. You know.. I should do a thing on twitter where I have people tweet me wand of wonder effects until we get to 100, and that's the wand I'll put in my D&D next campaign. That might be awesome.  If this interests you, you can also email me, too.

I am playing a 4e game Saturday and I talked with the DM about somehow incorporating wild magic into my artificer. He seemed open to it so we'll see what happens.

I have Scourge of the Sword Coast tomorrow.. it's the final session of the season and, well, it's pretty lame. I'll try and make it lively but by gawd there's only so much one man can do. See you tomorrow!
Posted by Sean at 6:14 PM