The FORGOTTEN Dungeons & Dragons Monsters from the Creature Catalogue 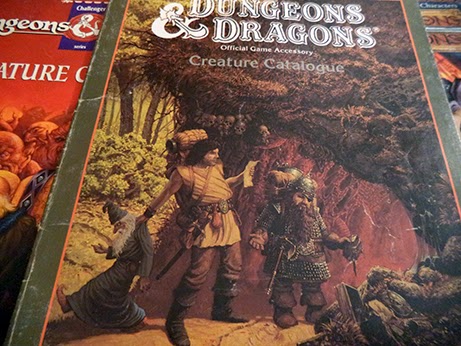 My first character, the silver-haired elf named Konami (what a guy) was a basic D&D (red box) character on an AD&D character sheet. He went through a portion of the Isle of Dread (basic D&D), and may have blundered through some of the Temple of Elemental Evil (AD&D). My best friend made my character's step-brother: Thorn, the red-haired half-elf. He rode a bear. A cloaker kicked the crap out of us and we fled the Temple forever.

Years later, I would hear people say that they thought Basic D&D was for kids. All I knew was that in the later 80's, there were hardly ever any basic D&D adventures in Dungeon Magazine. Once 2nd edition hit, there wasn't much material for Basic, and it all seemed pretty bland compared to Planescape, Spelljammer and Al Qadim.

What I am trying to say is, I never really even considered the fact that there was a "monster manual" for basic D&D. I saw it in a store the other day, and realized I have never looked through it. For all I knew, it had all sorts of lost and forgotten monsters that I can use today for my campaigns!

I love the cover. The interior art is... not great. And there's a lot of pretty crappy monsters in there. Just dull and uninspired. And a lot of the art is pretty rushed or ugly.

I don't think you want to mess with a frickin' tortle. Even if you do manage to get him on the defensive, he will retract into his shell (though it doesn't seem to give him any kind of AC bonus at all). He can hold his breath for about 2 hours. He lives to be about 50, and in his later years he'll lay some eggs in a Tortle compound, barricade the entrance, and die.

If you should manage to creep in to one of these compounds, you can make yourself a light-weight suit of Tortle Plate Mail from 25 fresh tortle-egg shells. Why the heck would you want field plate when you can be wearing TORTLE PLATE MAIL? 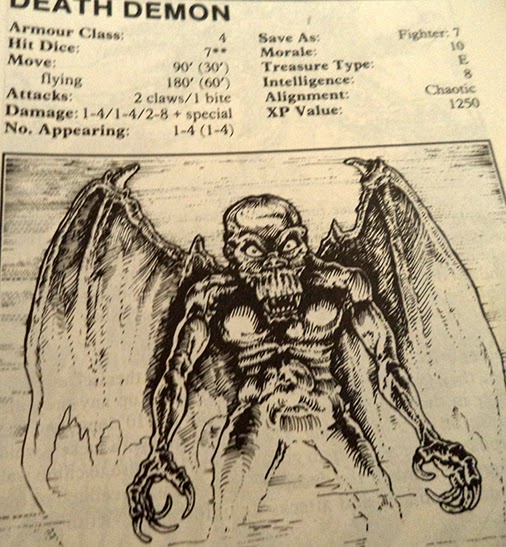 Well, this just gets right to the point, doesn't it? The great hero Stealth Phoenix at last has a worthy adversary!

Also known as an Ostegos, these guys are 10 feet tall and they have bat wings. Their claws can paralyze you for an hour or so. They can teleport at will and create darkness, which they can see in.

Here's something. If they bite you, you make a saving throw at -2 or DIE. There is no information on what their deal is, or where they come from. 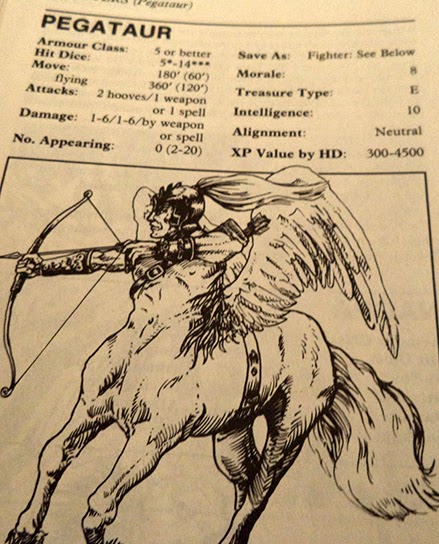 These guys fly right off the side of a 70's van directly into your campaign. They are PEGASUS CENTAURS. Do I need to say anything else?

They are aloof, and don't really like talking to non-flying races. They are mercenaries. They can cast a few spells. There's an annoying paragraph about there being a 20% chance that they have one additional level of weapon mastery.  Sure, don't tell us where they live, what they eat, or adventure ideas. But spend a whole paragraph on how some of them might have an additional +1 somewhere. 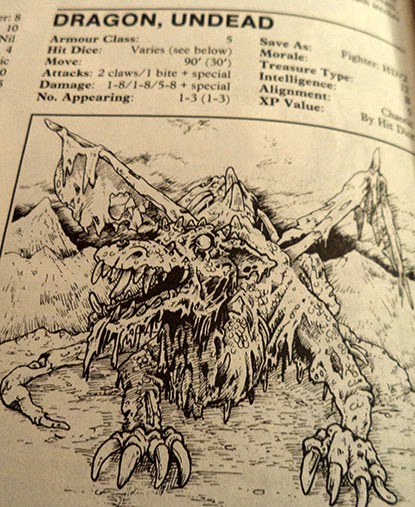 That is one freaky Jim Henson-looking dragon. An undead spirit has inhabited the body of a dead dragon. It can't talk or fly. No matter what color they were in life, they are now immune to cold and they breathe a "noxious cloud of foetid gas..". Save or "take damage equal to the dragon's current hit points and become afflicted by the foul rotting disease".

What's the foul rotting disease? Oh, your skin starts to rot and you lose 1d4 points of Strength, Dexterity and Constitution per day until you die or get a cure disease cast on you. Wow. 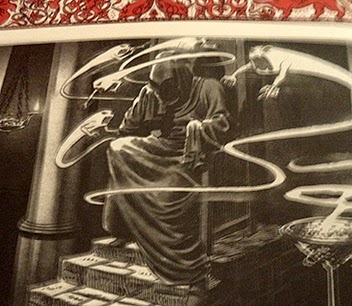 I am using the picture from the more modern version of the creature catalogue (I bought both). The newer version of the book is even uglier than this one, but it has a couple of cool new drawings.

A Grey Philosopher is the spirit of a chaotic cleric who died with some important philosophical deliberations unresolved in his or her mind. These notions become little creatures known as malices that swirl around it. 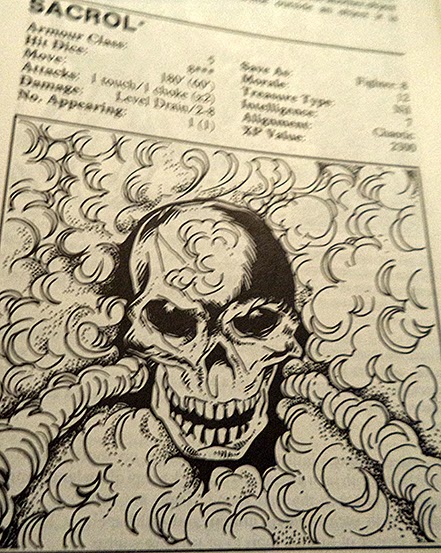 These are found on battlefields. They are the collected angry spirits of the dead. They appear as a large skull surrounded by a many-colored mist. If it hits you, you lose a level while the mist starts choking the life out of you.

Just... run from this thing.

I think we all learned something here today. We're in total agreement - a Tortle NPC is a must for any modern D&D campaign. Get to work, pal!

I loved Basic D&D, but now that you mention it I don't think I ever saw their version of the Monster Manual either. I also got hooked during the height of 2nd Edition, so Basic was really in a downswing.

That is a wicked collection of awesome and horrible creatures. Pegataur! Tortle! Just, just too much.