As I write this, I am 2 hours away from running my first session of Shadowrun 5th edition. Preparing for this was exceptionally difficult. From my experience, a lot of people are drawn in by the setting, but then when they try to navigate the Shadowrun rulebook, they give up.

I first played Shadowrun in 1991. I had a friend who truly loved the game and ran a few extensive campaigns. Despite playing at least 20 sessions, I never had even a basic understanding of the rules. And I had another more pressing problem - none of the character options interested me. Character options included: 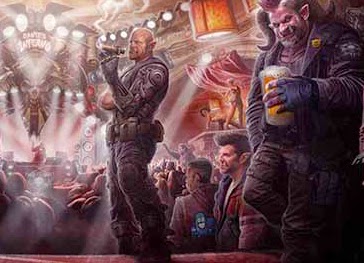 Street Shaman: A wizard with a totem animal that messed with you, or something. At the time I wasn't into spellcasters at all. The appeal of Shadowrun for me was in the guns, car chases and cyber-arms.
Decker: A computer guy who could hack into a virtual reality internet (known as "The Matrix" - this is long before the movie came out).
Rigger: A person who could control drones remotely. I had a friend who made one of these. Her character stayed home and controlled the drone remotely as we went on our adventure. Her drone was destroyed in the first battle, and she literally sat there at the table for the rest of the game, with nothing to do.
Street Samurai: A person with cyberarms, a katana and guns. This was the only appealing option to me. 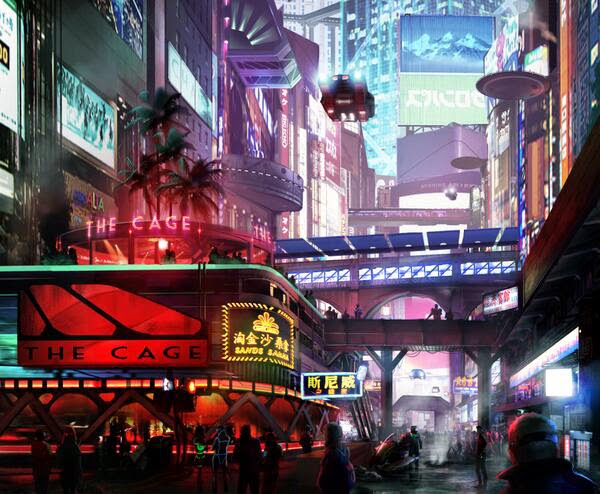 So what I am trying to say is that despite playing in a few long campaigns, and then running a 6-session campaign in 2000 that crashed and burned due to my inability to master the rules, I am going into this game with a very tentative grasp on what I am doing.

The rules work like this. You roll a bunch of 6-sided dice. You don't add them together. 5's and 6's are successes. Different tasks require a different number of successes.

So, say you want to jump from one rooftop to another. The person running the game decides you need 3 successes to make it. You look at your sheet and figure out how many dice you get, then you roll. If you get at least three 5's or 6's, you make the jump.

Weird, right? I am so used to just rolling a d20. This seems needlessly complicated. But it has a certain charm. The problem is that there are all these modifiers. 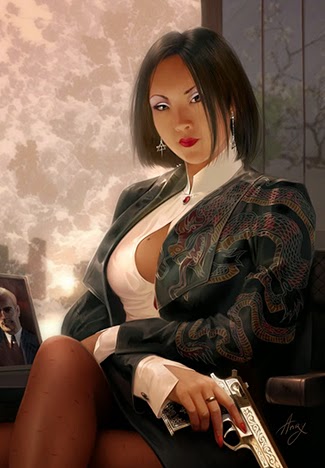 For example, when you shoot at someone, first you figure out how many dice you roll. Then you subtract some dice if you are far away. Then you roll. You hit if you get fives or sixes. Your target then rolls a defense roll. If they get as many or more fives and sixes than you, you don't hit.

If you did hit, then the target rolls a pile of d6's and adds their armor score and subtracts the attacker's weapon's "Armor Penetration" stat. Be sure to check your limits, which limit the total number of dice you can roll for different tasks, but only if a skill is involved.

If the defender has more successes than the attacker, the shot still hits. But it does stun damage.

You don't have hit points in this game. You have boxes. There's stun boxes and physical boxes. The more boxes you lose, the less dice you can roll. Once you run out of boxes, you are either unconscious or dying.

This is just way too fiddly and involved for me. I feel like I'm experiencing vertigo, falling into some spiral void full of numbers and phrases stacking modifiers on top of modifiers. My group isn't into rules, they just want fun stuff. But I like the Shadowrun setting so much that I am attempting to hurdle this ridiculous 500 page rulebook to see if we can make it work. 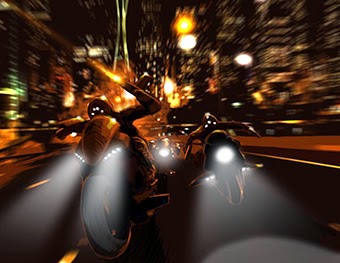 While I tried to figure things out over the past week, one thing that kept me going was listening to a podcast called Critical Glitch. It's a Shadowrun podcast by people who are heavily involved in the game.

There was one episode in particular that I loved. If you have any interest at all in learning more about this game, listen to it here. They talk about the cool stuff they've done in their past campaigns. It's not so much the stories that I liked, it's their depiction of what a Shadowrun campaign can be. It is character-driven. Want to steal a car? That's an adventure. Want to go on a date? That's an adventure. Your enemies plant cranial bombs in your cortex, you fire a gatling gun mounted on a van at a dragon who is swooping down on your city, and you turn into an otter and swim around in the bathtub with your girlfriend. That sounds like a whole lot of fun.

Critical Glitch locked me in and assured me that this game is worth the extra effort. I am envisioning my campaign as a sort of cybered-up Grand Theft Auto. The heroes can free roam the many weird locations (most of which I took from this fantastic Shadowrun New York resource here) and get in to all sorts of trouble.

I was also shocked to see that one of the hosts of Critical Glitch, Steven A. Tinner, passed away a few months ago. He was only 43. Steve knew everything about Shadowrun. He said on the podcast that he had run every single adventure. The more I heard and read about him, the more I admired him. He was a kindred spirit, a dude running tons of games and telling people about them. Heck, he even did a whole episode about one of my favorite RPG topics: Problem Players. I am really glad he did these podcasts, as they helped me immensely and really sold me on the game.

This first session is going to be a pretty straightforward adventure involving the theft of an antidote for a magical STD that a local politician has. I've been going over and over the rules, both for melee combat and ranged. I am focusing on my setting, as I know I will be shaky on the rules but I think running NPCs is definitely a strong suit of mine. So hopefully they will be entertained enough by my goofy voices to overlook any rules awkwardness that may occur.

As of right now, I am secretly hoping that the players like this game enough to go past our agreed-upon 3 sessions. But if this ends up sucking, obviously that all will change.

4 Hours Later: We just finished and it went extremely well. The highlights:

- Infiltrating a lab with stealth, cutting down some guards with katanas and a flash-bang grenade.
- A pretty epic motorcycle chase/gang fight where the gangers rode up alongside our heroes, ready to pound on them with baseball bats... and the heroes pulled out guns and blew them away.
- A fateful showdown with the gang leader, surgically modified to look like Bettie Page with cyberarms. They cut off her arms.
- A party with the wacky politician which involved Habanero soyfuls, novacoke and a healthy dose of jamaican daggering.

They picked up on the rules pretty quick. I am still having a hard time with limits and armor. If a PC is hit they roll their armor and body combined to counter the hits? On these street samurai pregens, that's a total of almost 20 dice! Does the limit of 8 apply there? I assume it does.

I wanted this to be a very low-threat adventure, so we can learn the rules. Nothing worse than trying to hook people on a game only to have them get slaughtered in the first encounter. It worked great.

Overall, we really enjoyed it. I have a lot of reading to do. I hoped to master portions of the game as I go, and slowly roll it out for the players to mess with. I'll keep you posted.
Posted by Sean at 1:48 AM

I love the Shadowrun setting, the rules, not always.

But for all of its clunkiness we have been having fun with 5th edition, especially as I have finally convinced some of the other people in my group toGM so I get a chance to play . . .

Raw attribute rolls, like damage resistance tests, are not effected by limits (p 47). That is one of the rules I know. ;)

Sea of Stars, thanks for the heads-up. Shadowrun is pretty awesome. Maybe this beginners' boxed set they have coming out will be helpful.