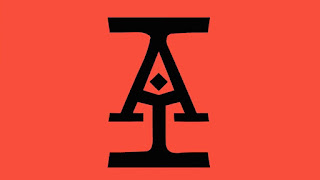 Crack of Dawn: I love how they post this show so early. I think this one went up at 3 AM EST. That means I can do Dice, Camera, Action and Acquisitions Inc. in one shot.

When Rods Collide: Apparently the Force Grey series starts next week. That show and this one have a connecting storyline. There's going to be some kind of crossover that will culminate at PAX West. Sounds like fun!

Last Time: The group is in a dwarven fortress, trying to steal a piece of the rod of seven parts from a vault. They need a key that apparently is in the possession of members of the Zhentarim. Viari was just about to try to pilfer the key when we stopped... 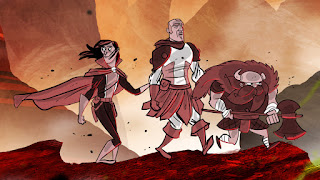 The heroes discuss the heist. They want to stone shape a hole into a stone wall. The hole isn't going to be too big. Jim talks about teleporting in.

The group is going to do this right now. Poor Viari might be in big trouble.

Omin opens the stone with stone shape. There's a layer of lead that needs to be broken through. Omin casts silence, which lasts ten minutes. Binwin grabs a pickaxe. He pounds through and makes a hole.

The hole is about the size of a baseball.

In the room beyond is a floating orb held up by vapor. The piece of the rod is in the orb. In the corner of the room are automatons.

Jim casts dispel magic on the orb. The orb disappears and the rod hits the ground. Now he wants to use mage hand...

Meanwhile, Viari spots the Zhentarim heading for the armory. They're making a deal to bolster the defenses of the fortress.

Viari bails on the whole thing.

The piece of the rod is named "Rex." It can cast heal once per day.

Wow, the group actually obtained the final, largest piece of the rod! The names of the rod pieces and their powers in the 2e boxed set adventure go like this:
Omin casts another stone shape and seals the wall. 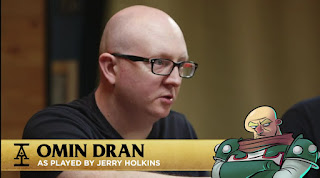 Viari rejoins the group. He has to bluff past Ironbeard, the dwarf. He does so. The group is together and they have the piece of the rod. Now they have to get out of the fortress.

Omin is still disguised as his sister, Auspicia. Viari runs out to the dwarf and pretends that Auspicia is angry. The dwarf decides to involve Lord Zardak Horn to smooth things over. The group is alarmed. Viari tries to bluff past it, but rolls poorly.

Binwin and Jim are in the box, which is what is supposed to be going in the vault.

Twelve dwarf guards come in and Ironbeard casts knock on the box. He wants to inspect it.

Jim and Binwin are invisible in there. Ironbeard pulls out a monocle. Viari tries to bribe him. Ironbeard seems amenable.

And here comes the drunk guy, Carrington. He blurts out an accusation and the jig is up. Looks like the group is going to fight... that's where we stop.

Complications: Things were going very smoothly for the group. I was wondering if Chris was going to let them get in and out, if that's the story the dice told.

For a time as DM, I did let things like that happen. I'd let a group with a good plan pull a caper off without a hitch. What I found was that players hate that. They want twists. They don't want things to be too easy.

This was a decent episode. I'm happy to see the Rod of Seven Parts get the spotlight. I'd love to get a whole 5e adventure about it. Next week's show should be epic.
Posted by Sean at 1:52 AM