The Greatest Dungeon Masters in the World: Monte Cook 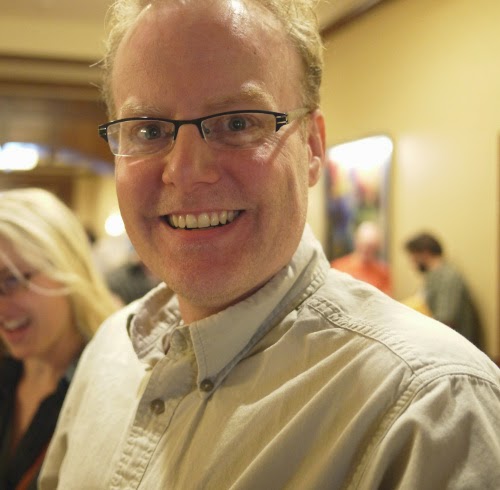 Welcome to the fourth article in my series on the greatest DMs of all time. This one has been particularly difficult, as I have had a hard time finding campaign details. Lucky for me, game designer Sean K. Reynolds posted quite a bit about the Praemal campaign online.

If you missed it, these are the first three great DMs (in no particular order):

Ed Greenwood - The man who created the Forgotten Realms, the biggest campaign world of all time.

Dave Arneson - The father of role-playing.

Chris Perkins - Probably the best DM in the world right now (and also the most-googled entry on my blog).

The Legacy of Monte Cook 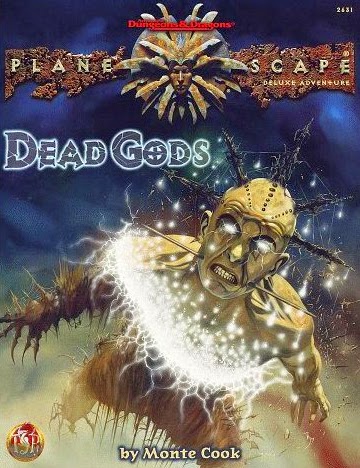 Monte Cook has done so much in the RPG industry. He was the main guy behind the massively popular 3rd edition of Dungeons & Dragons. He was a driving creative force in Planescape. His sci-fi RPG Numenara is a huge hit. And, most importantly to me, he wrote a string of truly inspired D&D adventures. A Paladin in Hell, Dead Gods, Vecna Reborn and Demon God's Fane just scratch the surface. His adventures were classic but moved the genre forward, full of creativity and excitement.

Monte ran one of the most influential campaigns in modern memory - Praemal. This is the campaign that D&D designers used to playtest what would become the D&D 3rd edition rules. It was also the foundation and past history for what became the gigantic and popular Ptolus setting. 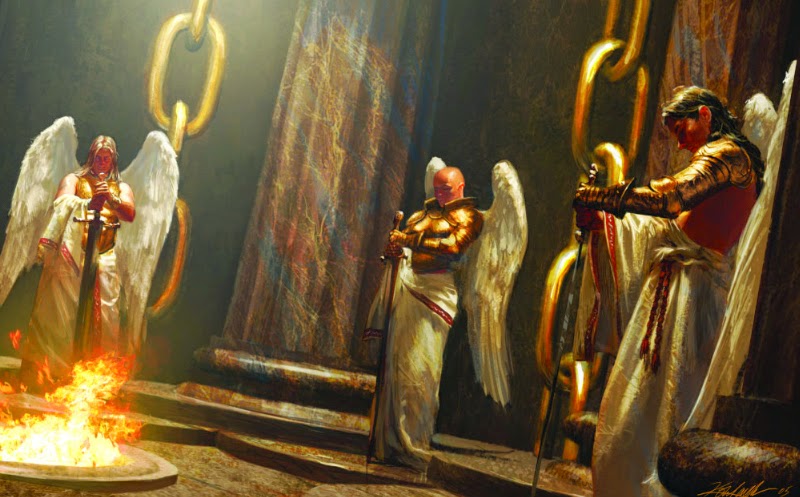 I can't find it now, but if I remember correctly, Monte once wrote a blog post about when he first started working in the RPG industry. He worked for a company called Iron Crown Enterprises that made a game called Rolemaster. To Monte's shock, he found that most of the employees didn't even play the game and seemed to have a lack of enthusiasm for RPGs in general.

What did Monte do? He started a Rolemaster campaign for them. Why? I think it is because Monte Cook is a dungeon master through and through. He runs games because he loves running games, and that has never changed throughout his entire career. When you run a good game, you can light a spark in the people who play it.

My idea here is that I am going to dig up as many details about the actual Praemal campaign to illustrate why Monte is one of the great DMs of all time and perhaps as a tool for the rest of us to become better Dungeon Masters ourselves. His game was a cauldron of ideas that inspired a bunch of designers to make extremely popular changes to the game of Dungeons & Dragons.

Also, I just get a kick out of hearing about other people's campaigns. 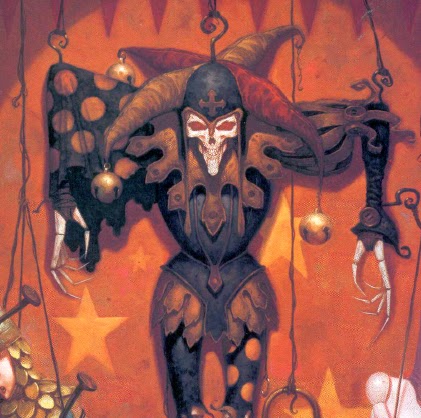 Way back in the summer of 1999, Chris Perkins wrote about Praemal in an editorial in Dungeon Magazine #75:

"For the past two years, I've played a fighter in the world of Praemal, Monte Cook's ongoing AD&D campaign. The world is ambitious and peculiar, much as you'd expect from someone who's spent the last several years invoking the wacky, other-worldly idiosyncrasies of the Planescape setting.

In Praemal, all great heroes have destinies, all major villains have world-spanning ambitions, and all important features of the land have a surreal majesty. A door is seldom a door, a forest is never what it seems, and the laws of physics are routinely trampled.

Week after week, Monte reminds me that weird can work - and that fun sometimes means breaking the rules."

Later on, Perkins gave more details in this column: 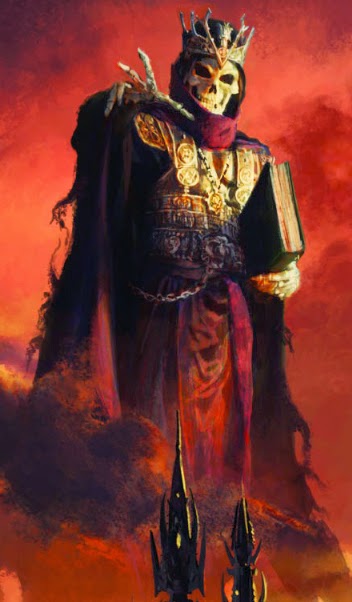 "A few months after I joined Wizards of the Coast, Monte Cook told me about a new D&D campaign designed to test some experimental rules. He offered me a seat at his game table, and once a week for three years we explored the world of Praemal (the lesser-known precursor to Monte's more famous Ptolus campaign) and playtested rules that would gradually evolve into what is currently referred to as '3rd Edition.'

The Praemal campaign ended spectacularly with the PCs crashing a moon into a planet. It sounds absurd, I know, but really it seemed like a good idea at the time.

The Praemal and Ptolus campaigns are distant memories. I don't remember the names of all the player characters or all of the villains we faced, just the really weird stuff and the really big stuff . . . like the time my elf rogue/wizard/fighter banished his dark elf nemesis to the sun's core. That doesn't happen every day." 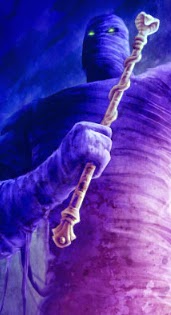 This campaign used Hero Points, which were used to perform impossible feats, evade a lethal blow, or do massive damage. Chris Perkins said: "A Hero Point is the DM's way of saying, 'You have my permission to bend the rules... once".

The Heroes of the Praemal Campaign Sean K. Reynolds wrote a nice article that gives a good overview of the campaign here.

"The world was largely unexplored, with strange creatures being created by the proximity to the gods during the creation of the world, and many strange terrain features being formed because the gods were battling against Praemus, the overgod (with whom his children disagreed about free will for the mortal races). At the same time, there were these extraplanar beings called the galchut that were vesting their power into five evil mortals to help take over our world.

"People that were to have a great destiny in this world always had some sort of birthmark, either on their hand or face. There were initially 4 types of these marks (for fighter, cleric, rogue, and wizard), with each person having a unique variant, and some people having birthmarks (which were called "runes" by the people) that combined two of the archetypical shapes. The first generation of humans all had the runes, and they were becoming less frequent with each successive generation." 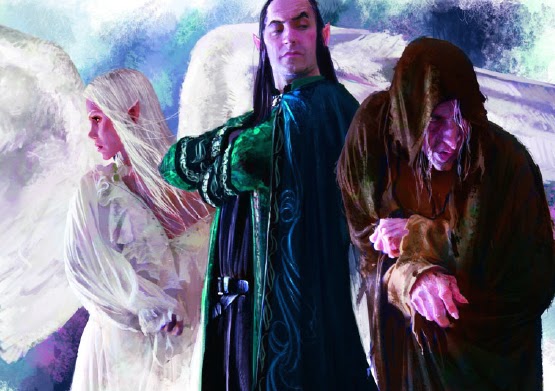 - Two PCs were killed by a cone of cold, the rest of the PCs battled a 90 foot-tall yuan-ti on a half-shattered tower

- Sean K. Reynolds said in a recent Paizo blog post:  "Monte Cook used a memory-erasing witch to have his Praemal campaign PCs re-explore a lair they had already explored."

"Sharien began as a ranger named Shian, seeking out dire wolves and their allies. When she was slain while on a quest, an NPC cleric named Karienne used a magic item to rekindle her life at the expense of his, and thereafter she was a paladin. Changing her name to remember the one who saved her, Sharien considered herself living on borrowed time, and was ready to sacrifice herself to save others for the greater good--which she did at the end of the campaign, insisting that Nosh teleport away from an imminent explosion just so he and Darternae could spend their lives together.

Because of Sharien’s sacrifice, a rift between the world of the living and the dead was closed, destroying the abnormal winter it caused and weakening the many undead that had crawled through it. This climactic event ended the Praemal campaign." 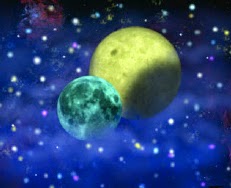 This seems to contradict the "moon crashes into the planet" stuff from earlier, but I found some more info here:

"Our last adventure was a long one, involving Vladaam, a powerful sorcerer (and one of the Vested) that tore the veil between the living and the dead, causing winter to fall upon the world and flooding it with undead."

"The only way to close the rift between worlds was by steering one of three powerful magics into it: The First Dream (a flying ship owned by the elves), the Heart of The Golden Stag (a large enchanted gem), or a piece of the vallis moon (the third moon that provided much of the magic to the world). "

"We ended up questing for an item that would grant us a wish, which we used to tear a piece of the moon free and allowed us to steer it (by standing on it, and concentrating) into the rift. Michele Carter's ranger-turned-paladin, Sharienne, sacrificed herself so that the black dragon Vladaam sent to alter our steering wouldn't be able to divert us off-course. She died when the piece of the moon hit the rift, sealing it. Oh, and the act of tearing that piece free from the moon altered the moon's orbit, and it was not to approach the world again for 20,000 years." 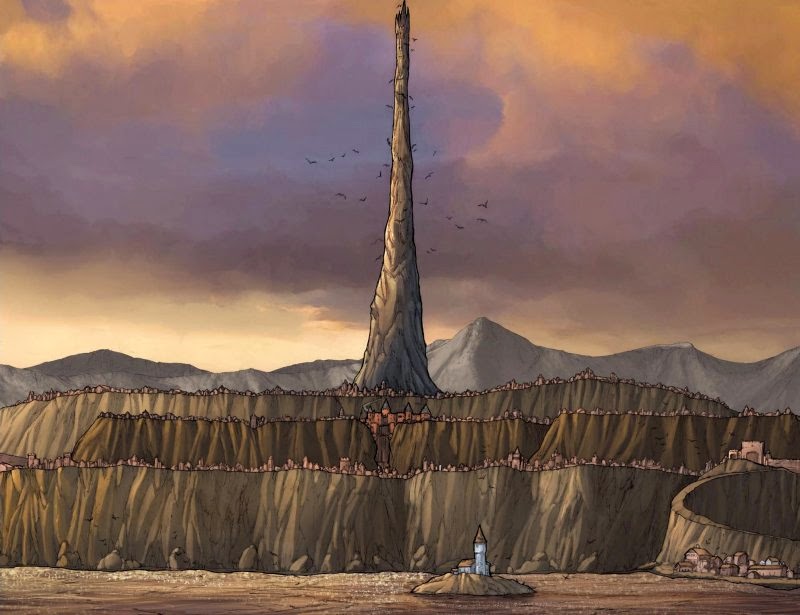 Ptolus: This was set 20,000 years after Praemal. Monte ran two groups in the same world. Once in a while they'd team up.

Documented events include the group battling a green dragon, "hackfests" involving hired mercenaries, and dusting off and leveling old characters for a huge fight (were these the Praemal characters?).

"One player (Chris Perkins) ran a character in both games. His characters were twin brothers, and sometimes they would switch groups, and not tell anyone. It came out in the course of the game, and people would start to ask which twin he was. Then it became even more complicated: one of the two characters was kidnapped by Drow, and then replaced with a spellcaster in disguise. Monte knew Chris well enough to know it would fly with him. Chris played the replacement."

Veins of the Earth: An underdark campaign where, apparently, the PCs never came up to the surface at all. It was hard to find info on this, but a player kept a blog on the campaign, one post of which is here. The party had a fateful jaunt into the astral plane where they tried to stop a githyanki from becoming a lich (wonder if this has anything to do with Vlaakith or Gith?).

Monte started writing about this campaign in his blog here, focusing on his rules tweaks.

Original D&D: A D&D campaign using the 1974 rules set with some house rules. It involves the PCs making their way through a dungeon. They've had all sorts of hijinx. Right off the bat 4 PCs died. On later excursions, they charmed an orc with a tentacle for a head and found an obnoxious intelligent sword.

Numenara - Mauro's Quest: A campaign about heroes tracking down a mysterious transmission deep in the mountains.

There is one great DM left to go. I bet you can guess who he is! Thanks for reading.
Posted by Sean at 4:49 PM

These seem to be about their game worlds and events, rather than their DMing styles in play, which is what I'm most interested in.