Dungeons & Dragons Expeditions Defiance in Phlan - The Meeting at Deepnight 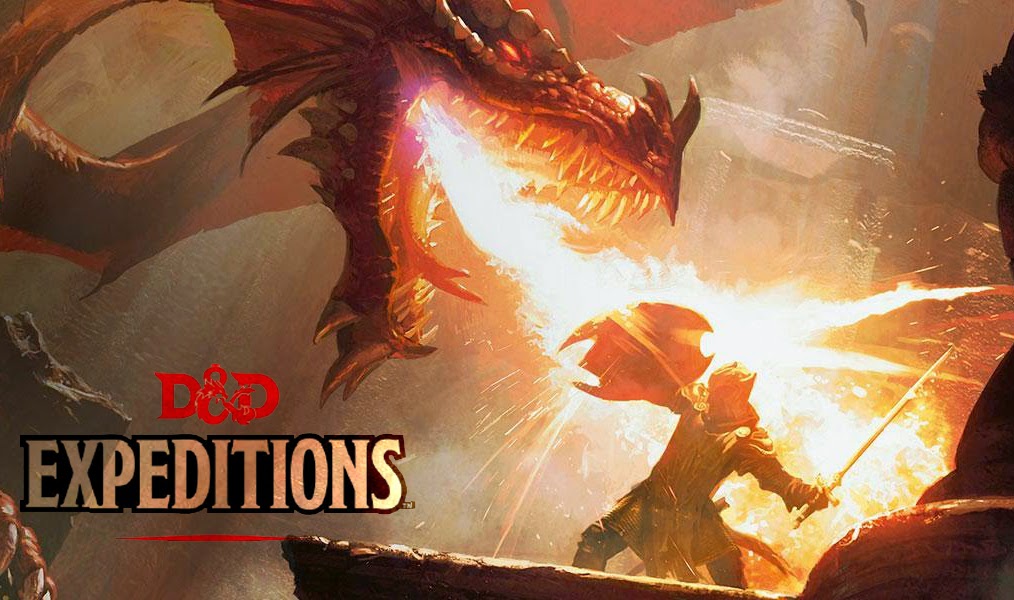 I wrapped up my Shadowrun campaign a few weeks ago and have assembled a group for a new D&D 5e campaign. I will be running the Dungeons & Dragons Expeditions adventures for them. Expeditions adventures are meant to be run in a game store or at conventions in 4 hour slots. They are set in the Forgotten Realms and deal with the Tyranny of Dragons storyline.

I am running these at home in an unofficial capacity to get familiar with them in case I need to run them at the store, and also so I can write about them in this blog.

In the first half of this post, I am going to present what I think are the essential notes on Phlan that you need to run a proper fleshed-out session. In the second half, I will report on what happened when I ran "Defiance in Phlan". 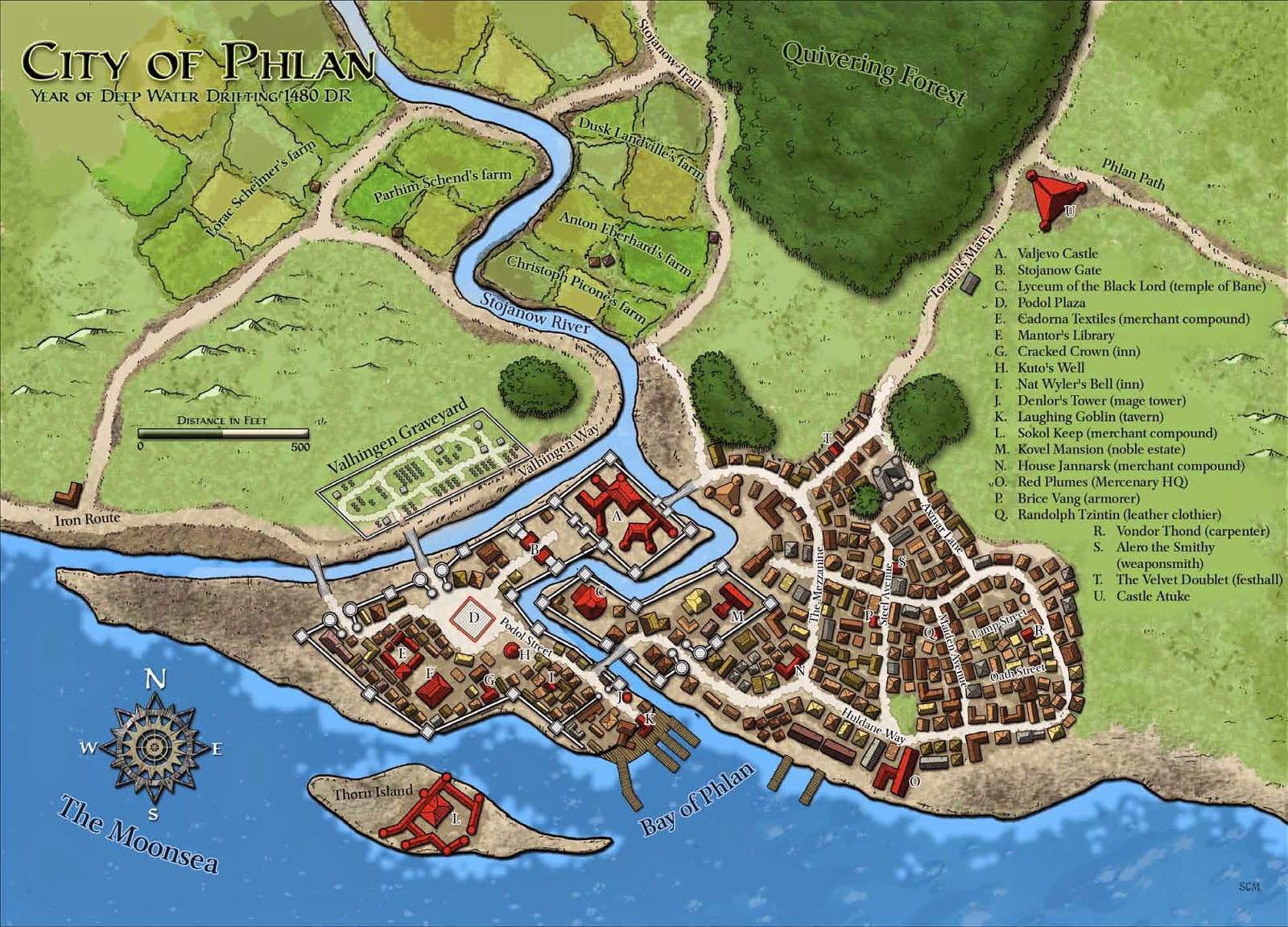 As I started preparing this campaign, I saw that all of the lower level Expeditions adventures are set in Phlan which apparently was where the classic "Pool of Radiance" computer game/novel took place. I'm not a Forgotten Realms guy, so I wasn't very familiar with it. Finding details on Phlan was not easy.

The Adventurers League site has a history of Phlan, but it doesn't give town details.

There's a great rundown of Phlan in a 4th edition adventure called "Monument of Ancients" in Dungeon Magazine issue 170. 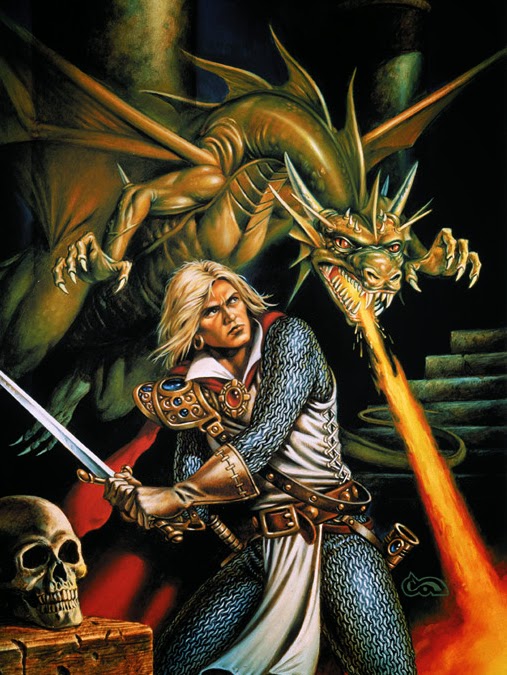 I went through the Expeditions adventures released so far and noted the NPCs and locations to try to build a 5e Phlan.

Ruler: Phlan's previous ruler died in a mysterious "construction accident" last year. Phlan is currently being run by Ector Brahms, who also runs the "police" - The Black Fist. Phlan is under martial law.

Black Fist: A band of corrupt individuals, worshipers of Bane. Members include:
The Welcomers: The thieves' guild of Phlan, actively hunted by the Black Fist. Most members of the guild are missing an ear, which is a trademark of the guild or something. The Black Fist captures, tries and hangs the thieves. The corpses of many dead members are hanging at the Stojanow gate. Members include:
Merchant Guilds: There's four guilds. There's not much information on them: House Sokol, House Jannarsk, House Cadorna, and House Bivant. Sokol has a keep on Thorn Island, which is detailed in the second Expeditions adventure, "Secrets of Sokol Keep". 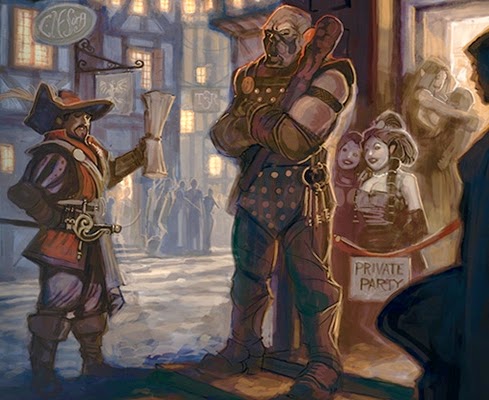 Podol Plaza: Where merchants sell wares. Children sell scraps of parchment with the day's news on them for 1 copper.

Mantor's Library: This location comes up in a few different adventures. The head curator is Master Openrael, a meticulous and excitable fellow. He's assisted by an awkwardly shy halfling named Cassra Brandywine.

The Laughing Goblin Inn: This is apparently the most popular place to drink in town. It's located at the docks and draws a rough crowd. There's a carved totem of a laughing goblin. The place is run by Imizael, a no-nonsense kind of lady. A waiter named Markoth is quite popular among adventurers, as he always knows what is going on in town.

Zelhingen Graveyard: This place is actually located outside the city, just across the river. It's accessed by a bridge. This place comes up quite a bit in the Expeditions adventures. It's maintained by priests of Kelemvor, and overseen by Doomguide Yovir Glandon. Brother Keefe, a solemn fellow, keeps records. Cassyt is a very happy, chatty acolyte who has a role in one of the adventures.

There's also a "festhall" (which is Forgotten Realms-code for brothel) called The Velvet Doublet which I have found almost no details on.

This adventure starts in Madame Freona's Tea Kettle, an inn run by a halfling and her five daughters. The scenario is broken into five "missions"/mini-adventures. Each mission introduces one of Freona's five daughters, which I really got a kick out of.

As this was a home game, I made especially sure to give the PCs ample opportunity to use the downtime rules. I was hoping for some rolls on the Carousing table. I kind of wondered if they'd try to set up a stall in Podol Plaza to sell their ill-gotten gains. I was really struggling with trying to decide how much it would cost to set up a stall. Do they need a permit for that kind of thing? I guess all it takes is a bribe, as that is how the Black Fist seems to handle everything in Phlan.

Mission 1: The Meeting at Deepnight

In this scenario, the heroes are hired by a member of the Harpers to go and impersonate a merchant. The adventurer's job is to buy a red dragon egg off of these mysterious sellers and plant a magic pin on them. The pin will allow the Harpers to track the sellers (who may be part of the Cult of the Dragon). The Harper gives the PCs a sack of fake diamonds to buy the egg with.

When the heroes go to make the sale, members of the thieves' guild show up to try to steal the egg.

I was wondering how this would go. The heroes were clever. They got an elaborate hat from the bard's costume kit and dumped the diamonds in it. They planted the pin amongst the hat's feathers and just handed the whole thing over. Pretty good!

The buy went down OK. The heroes wanted to inspect the egg (it's actually fake, but the PCs need to roll very high to realize that). The thieves showed up. The thug leader is really tough. He has two attacks and 32 hit points! Seems too dangerous. But I rolled really poorly, so the heroes did just fine.

The PCs handed the egg over to the Harper and collected their reward. 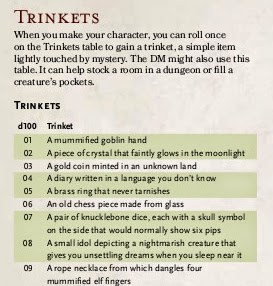 I decided there would be five days before the second mission, so we could mess around with lifestyle and downtime. Two of the PCs have the performance skill, which means they can perform in Poldol Plaza and earn 4 gp a day to live a wealthy lifestyle.

Another PC decided she wanted to live a wretched lifestyle, because it was free and she is a barbarian. She also wanted to spend her downtime days picking through garbage looking for stuff to sell.

This, uh, is not covered in the downtime rules. So I had her roll to search garbage, and then I rolled on the trinket table in the player's handbook to see what she found. She actually found a bank note someone discarded, from a bank in a nearby town.

Mission 2: The Screams at Dawn

In this one, a woman comes to town and is in a panic. Her family was abducted by goblins. The Black Fist guards explain that they can't investigate because her farm is outside their jurisdiction. One of the PCs took offense to this, and tried to shame the guards into going out there. The guards got into it with the PC, and slapped him with a promissory note. The PCs would get 50 gold if they were able to save the family. 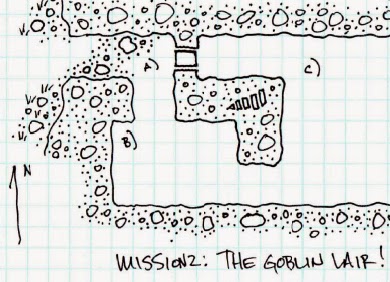 This was more of a standard dungeon crawl. I was really taken aback by the map to this place. It's hand-drawn on blue graph paper. It's pretty nice, but still, this is a Wizards of the Coast product! I am guessing there's 50 people who would jump at the chance to make a really nice map free of charge just to get their foot in the door with the company. I know these adventures aren't going to be seen by many people, but still...

The dungeon has a hallway with goblins firing arrows though holes in a wall, then a tripwire (cleverly avoided by our wretched trinket-gathering barbarian), and a large chamber with goblins who can release wolves from cages to attack our heroes.

The bard really wanted to "keep" a wolf. She cast animal friendship on one, and was successful. The wolf is charmed by her for 24 hours.

So much time had been spent on hijinks, that this was as far as we got. We had to stop here for the night. We'll do more next week.

I really like this adventure, particularly the next mission, which has a very neat little dungeon. I really like how this is broken up into five smaller scenarios.

So far, everyone loves it.  I'd like to have seen more Expeditions adventures with this format.
Posted by Sean at 2:51 PM

Thx for the run down on Plahn facts.

Would love to hear a run-down of the rest of the mini-missions..

Anonymous: No problem, thanks for reading.

Adam Hutch: After I ran this session, I liked it but wanted to wait a few moths for a few reasons. One of which was to wait for more expeditions adventures to come out. I assumed there would be a ton more, that would take PCs to level 10 or 15. But that hasn't happened.. the new ones are for Elemental Evil! Right now I am planning on starting this back up in a month or two and finishing this adventure, and then possibly running Planescape conversions instead. I don't like the idea of running these expeditions adventures without a final epic adventure to suitably finish the storyline.

Thanks for the details on Phlan! I'm running this series of adventures and didn't see much myself. I need to give more world-building facts for my players so this is wonderful!