The Key to a Good RPG Campaign 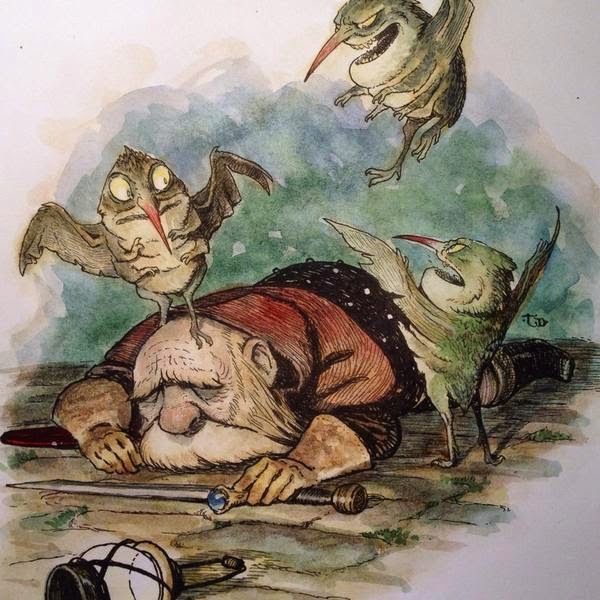 This is a blog that is about being a Dungeon Master, by a Dungeon Master. I know people use other names like "Game Master", "Referee" or "Judge", but "Dungeon Master" is just the phrase I use for any game I run. I guess I am too lazy to remember all the distinctions.

Today I want to talk about some things I have learned over the past few weeks with the idea that if it helped me, maybe it will help you. Running a game is extremely difficult and I think DMs should have all the help and insight that they need. I still maintain that most people try to run a campaign about 3-7 times before it fizzles out. I would like to see more people who are able to run a game every week regularly. It's not easy! And when you have a bad session, it can be very depressing. 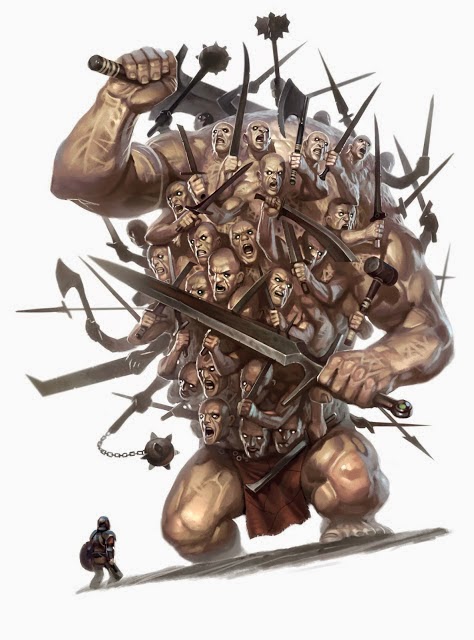 A player was telling me a D&D 5th edition Adventurers' League public play story last night. It was about a session of Hoard of the Dragon Queen (you have dragon hatchery spoilers incoming, people).

Basically what happened is that the party decided to rest in the dungeon. They had cleared half of it. There were still plenty of monsters left. The PCs rested in a room with only one exit.

The DM then proceeded to have a bad guy quietly spot them and then go get all of the monsters left in the dungeon! The heroes, mid-rest, had to fight around 5 encounters' worth of monsters in one shot (including Frulam Mondath and the half-dragon)! The whole thing resulted in a 3-hour long fight where the monsters were funneled in a hallway and chopped off one at a time. 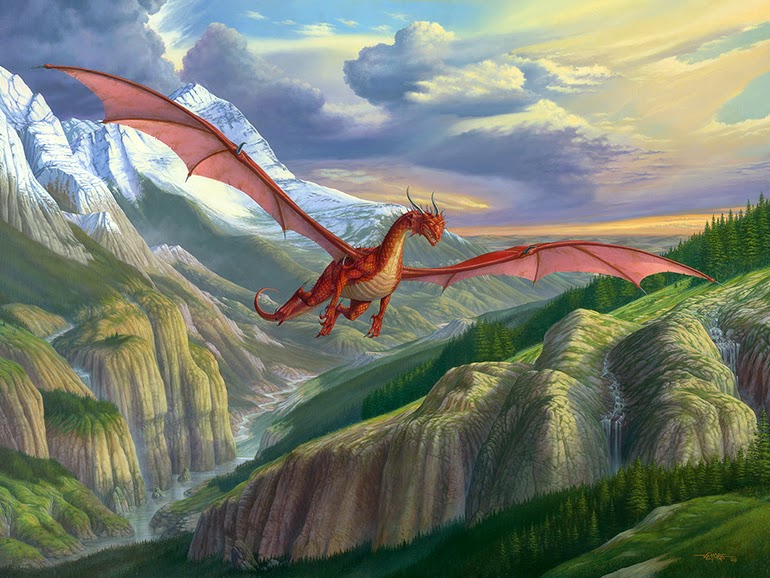 Here's the thing with that scenario. What the DM did makes sense. The heroes rested in a dungeon where monsters are moving around. The monsters smartly gathered together for a mass assault. But what is the end result? A dull 3 hour fight. There is no way the PCs should have survived, but they did. I can only assume that the DM pulled his punches.

If he's pulling his punches, then why even go there? It's one thing if you decide to have the monsters attack to intend to kill the whole party to teach the players a lesson about D&D (?). The thing with that mindset is that, in my experience, it never works. They never learn. Some people simply think differently and will always assume a behavior pattern modeled after their own life experiences, not yours.

Here's the possible solutions for that scenario:

The monsters kill the whole party in a long, dull fight: I think what might have made it better is if the monsters had backed off and tried to set the room on fire with oil and fire spells. At least that's more engaging than a conga line of death.

The monsters negotiate: Although, what would they even want from the players? They have them over a barrel.

The monsters collapse the tunnel:  Trap the heroes in the room and leave them to suffocate. This is my favorite option. You can allow the PCs to try to dig out of the rubble as their air supply slowly runs out.

The monsters attack but take the heroes prisoner: This would have worked well. The bad guys could have tied them up and thrown them in the pit with the guard drakes! 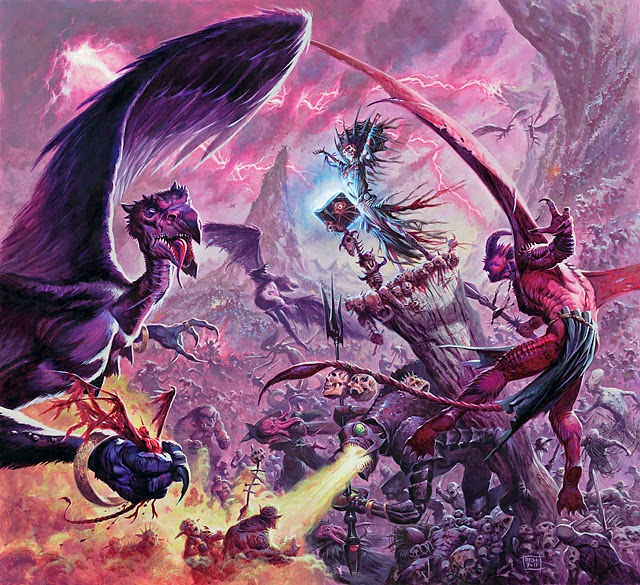 Some of this comes down to style. Your players need to know your style up front so they can make informed decisions during the game. Some players might think that a DM will never present them with a "certain death" scenario. They assume the game is always "balanced". In this case, there's going to be a problem because the DM is basically throwing them into a murder machine. Make sure you let them know your thinking on these situations beforehand... even it is right before the PCs make their decision (in fact, that is the best time). You will save yourself a lot of grief.

My big issue with this scenario is that it is a big waste of time. Three hours on one fight? In 5th edition D&D?! If the DM is intending on taking down the PCs, just hand-wave it and be done. I know some players might balk at it, but you can then tell them that it is going to be a long and frustrating battle that is not worth doing. If the players want to play it out, you can, but you at least give them the opportunity to save time by just having them be taken prisoner in a cut-scene sort of scenario.

The Key to a Good Campaign: The Characters Actions Matter 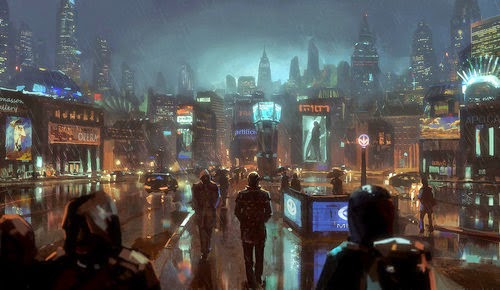 On Sunday I ran some more Shadowrun. As I mentioned in my article on Queen Euphoria, one of my players decided to kill an NPC friend and the NPC's mother over a monetary dispute. One reader pointed out to me in the comment section that killing a contact in Shadowrun is really bad, and the other shadowrunners would not like it one bit.

So I sat down and thought this whole thing out logically. To me, this is the essence of DMing. What the players do matters. The things that they do have repercussions - sometimes small, sometimes big. The game comes alive when the world reacts to the characters. The campaign turns on their every whim. That's how it should feel to them, anyway. One big way to convey this to them is through NPCs.

The Other Key: A Kind World 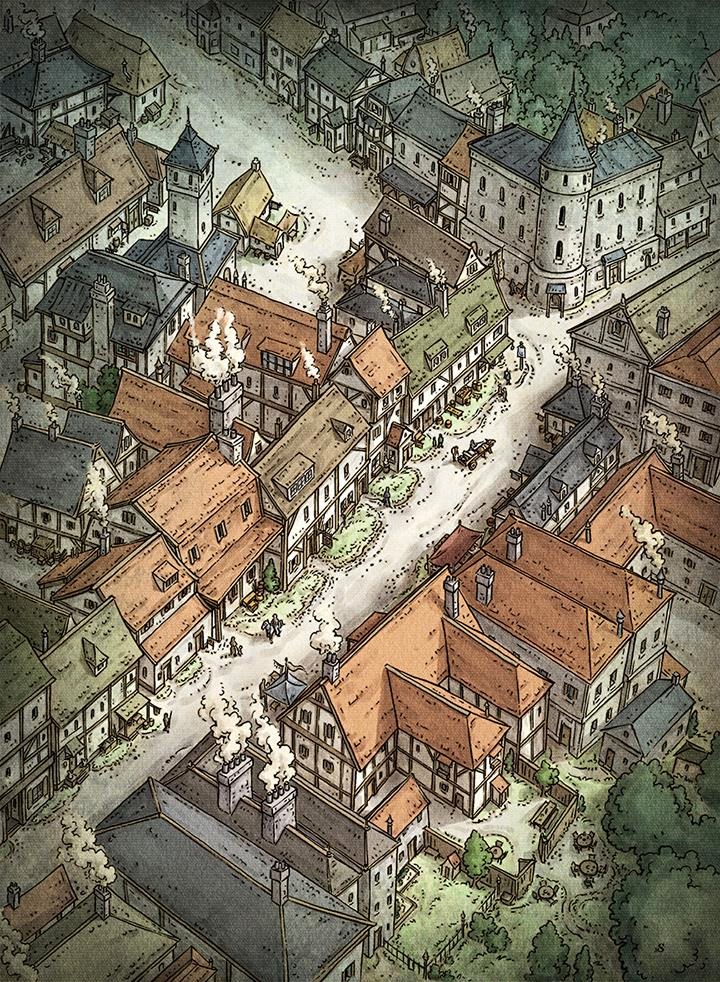 In fact, most NPCs should treat them well, unless the characters are jerks. When you have a campaign world where everyone is trying to screw over the PCs (and for whatever reason, most of us DMs fall into this trap at one time or another) it creates an unpleasant experience. If the whole world hates them, why should our heroes want to save the world?

When NPCs treat our heroes with kindness, it makes the players happy and it also makes the bad guys seem badder. When an NPC does something for a PC, the PC becomes loyal to them. NPCs who go above and beyond are treasured by the players.

The NPCs can do things like: Hide the PCs from danger in their home, tend to them while they recover from an illness, bring them a much-needed item in their time of need, or stick up for them when they are accused of wrongdoing. This goes such a long way in creating a world that your players think about between sessions. And that is the kind of game you want! 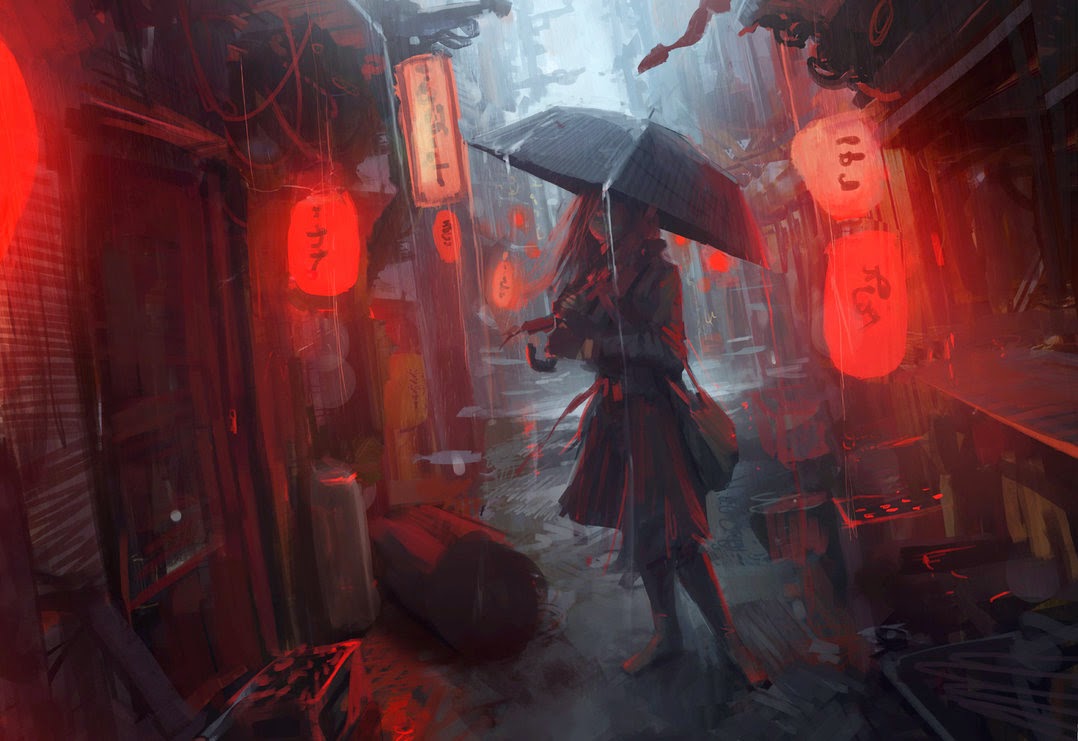 The dead guy left his money to his incarcerated girlfriend. This was all previously established in the campaign. The girlfriend exists because I heard a story about a real-life program where female inmates can videochat with people who pay $9 for a half hour. This amused me greatly, so I put it into the game. At first, the incarcerated woman just did it to have someone to talk to. But over time she came to have feelings for our poor, recently-deceased computer expert who lived with his mom.

The girlfriend hired shadowrunners to get revenge.

Word got out and the shadowrunning community was not happy. This was tricky. Jessie was rightly wondering how anyone knew what she had done. I had a logical, long-winded explanation. Really what she was worried about was that I was arbitrarily trying to screw over her character for the sake of the story. While my motivation was to display the logical fallout of what she'd done, I was not making stuff up for no reason. 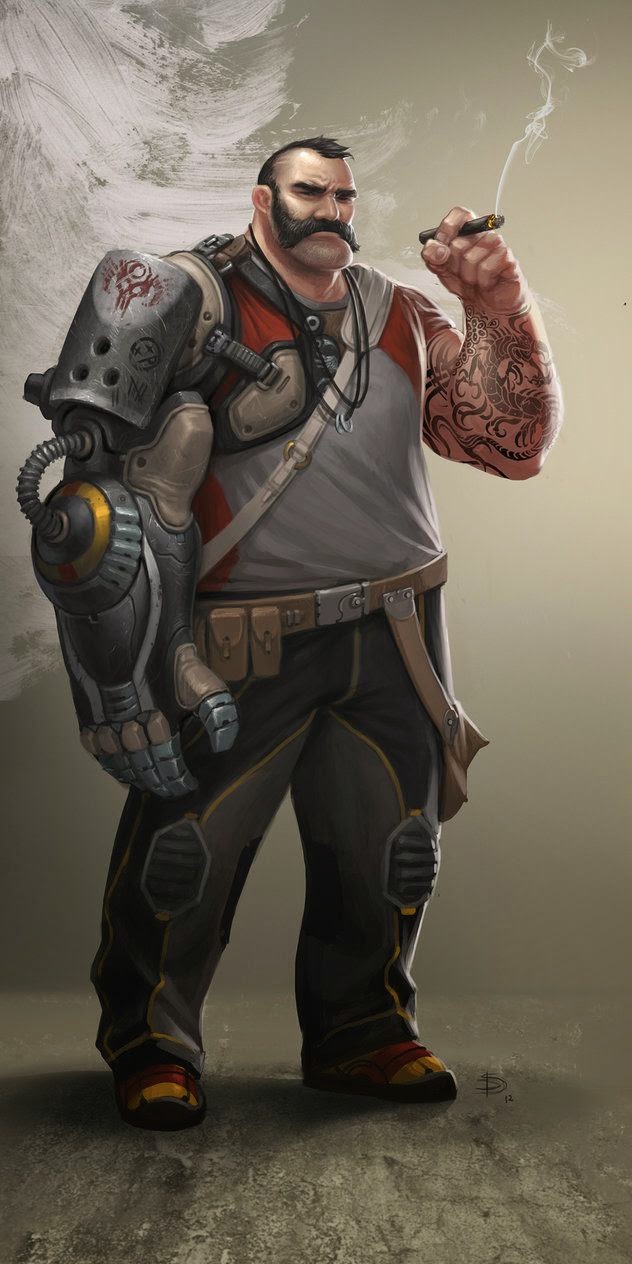 All of this resulted in a pretty awesome session which involved almost no dice rolls. I had no set plan, I just knew the NPCs' motivations and what resources they had at their disposal. These are usually the best kind of sessions, as long as you are on your game.

In the end, our runners paid off an inmate to strangle the girlfriend to death in a shower for a large sum of money. They killed off an NPC I was very fond of (Sex Ferguson) and framed his girlfriend for the murder. They got plastic surgery to completely alter their appearance. And now they plan on going after a police officer (Officer Dick Ripper of Lone Star). It should come to a head next week. I told them they are crazy to try to take on Lone Star, but they've recruited a high-ranking politician that owes them a favor for help.

I had hoped to start Dreamchipper this week but it looks like that will have to wait a week or two until the runners take care of this business. 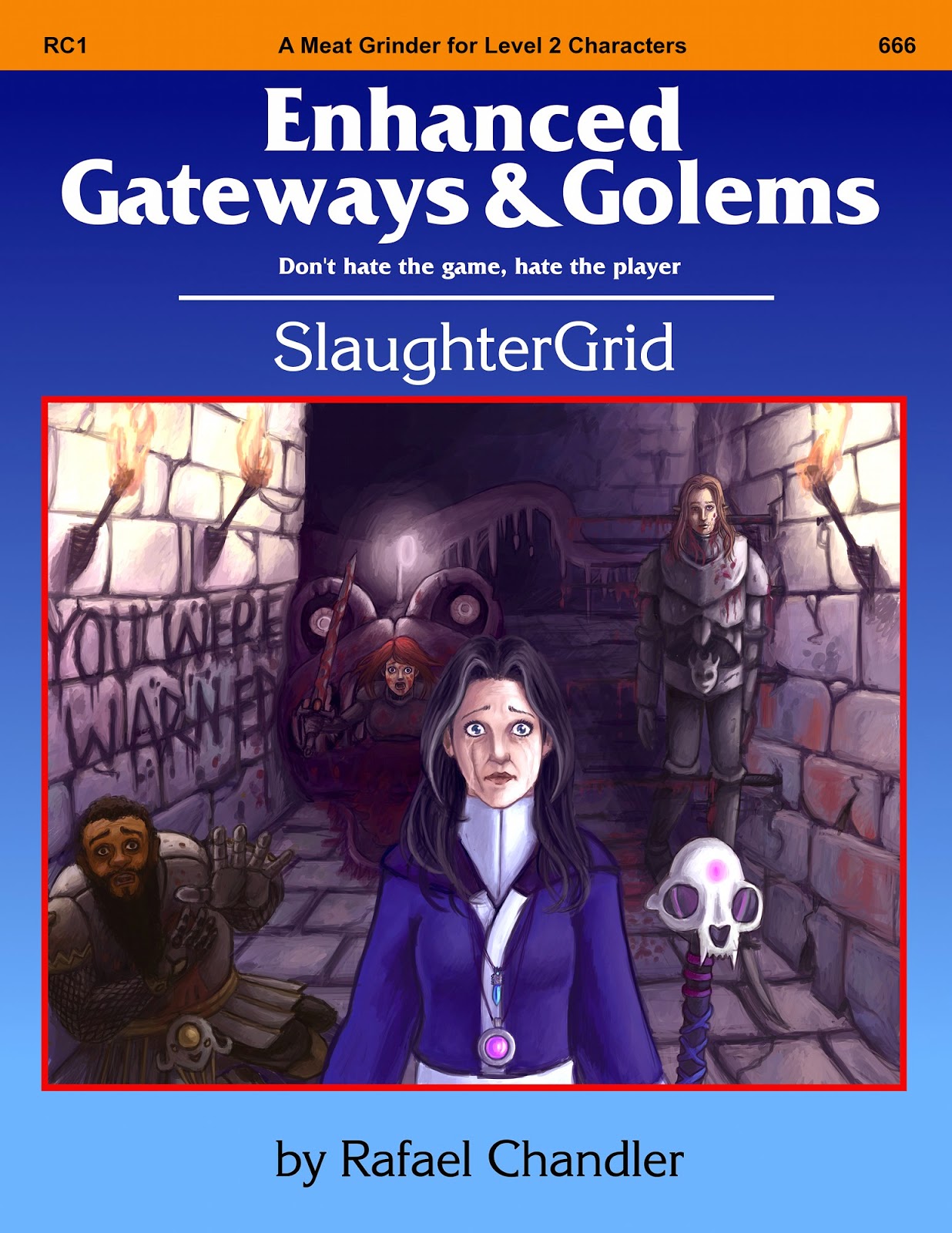 Last night I ran some more DCC RPG. I am putting the heroes through Slaughtergrid, an adventure written by Rafael Chandler (He created the Teratic Tome which I reviewed last week). We got into level two. On paper, it looked really boring. I decided that if it was sucking during play, I'd cross off the dull rooms and just make them empty areas and we could pass right through them.

It's funny how that works. What looked boring on paper was fantastic in practice. It all worked. Each little room had some gimmick - odorless flammable gas, a magic ring that made you super-muscly, and even a room where a troll lady was being oiled up by "three nude male goblinoids".

The dungeon has a gimmick where, when you die, you are reborn naked in this pink sphere with a mutation. You roll on a mutation chart. The party thief has this pet chicken that died twice. It now has a snake bottom half, spits acid and is a hemophiliac. So far the adventure is awesome. I'll have a full review once we finish it.

I just wanted to get all of that out of my system. I hope it is useful to somebody somewhere! Tomorrow I'll have a report on episode five of Hoard of the Dragon Queen.

Good advice there, making the character central but not the only thing in the world is an important part of having a successful campaign from my experience.

Sea of Stars: It was very helpful! Thanks!