Ruins of Mezro 1 - The Zombie Horde 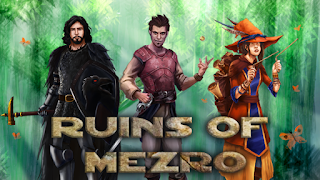 Years ago, during 4th edition, I had multiple groups all running around in my D&D universe. On very rare occasions, they would cross paths. Absolutely nobody cared about this but me, because they didn't know each other! I was thrilled by it. It was my own personal "Batman meets Spiderman" moment.

That's one of the fun things with this online stuff. Now they can see each other. And maybe, some day down the road, they'll end up in the same place at the same time.

You can watch this episode right here:


Right now I am thinking that if that my Tomb of Annihilation group dies in the Tomb of the Nine Gods, this group will jump in and try to finish the job.

Ruins of Mezro is one of the DMs Guild adventures linked to Tomb of Annihilation. I wrote about it a few weeks ago. This book is good, but I wish there were a few more details on key areas.

This group is made of two people from my "online test games" from a year ago, and Shaun, who is a Dice Camera Action fan. A lot of my newer players are DCA fans, which is very cool. We're all on the same page as far as the general style of game we're looking for.

The group went through some mini-montage encounters, and then arrived at the city. They had to navigate a moat full of crocodiles, which is a really cool scenario in my book.. 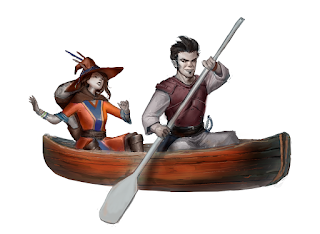 In the book, the ruins have other NPC groups exploring the city. I generally don't like factions, as they make things too unwieldy. I got rid of them, and made up a crazy pterafolk who thinks he rules Mezro. The group befriended him and agreed to kill some goblins who had "invaded" his city.

In my games, I often like to run the bad guys as kind of nice people. That gives me more options. The group can team up with shady people or feel conflicted about killing them. For whatever reason, running Planescape always puts me in this mindset, and I've been running my new Planescape campaign for a couple of years now.

The group saw a hippo stuck in the mud. This was a velociraptor ambush, and encounter right out of the book. My dice were on fire, and Linnet dropped to 0 right away.

The heroes had a guide with them - Eku, from the Tomb of Annihilation book. She has a secret. I ran her like a really positive grandmother with healing powers. She revived Linnet and the heroes were able to drive off the dinosaurs. The hippo followed the group around for the rest of the session.

The heroes ended up finding the goblins at an amphitheater. I knew I was going to stumble when describing the goblin village (which can be launched through the air as if fired by a catapult). I did get to run a goblin battlestack, which was awesome. The group wiped them out really quick, though.

Then we got to the main thing I had set up. The group needs this tablet. It's stuck in the chest of a zombie that's in the middle of a zombie horde on the lower floor of a building that once held a market.

After some planning, the group agreed to send Linnet's familiar down to draw away most of the zombies. A weasel! This killed me. The weasel was not amused.

After some great rolls, the weasel was actually able to draw away half the horde.

The heroes would handle the other half in the next session, and it went horribly, horribly wrong.

Good group! Good session, I like what I did with the adventure. Good group! I look forward to the day that they cross paths with the others.
Posted by Sean at 8:13 PM