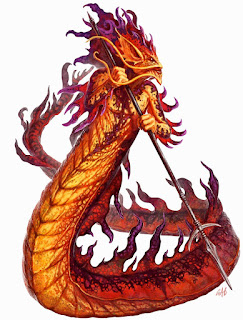 Episode 42: Home Fires
We catch a listen of some pre-show banter. We learn that Holly likes to wear a lot of clothes and Jared has no fashion sense.

Last time, The heroes took down some yakfolk stragglers and headed into the fire giant lair of Ironslag. Their job is to find out what is going on in this place.

Diath leads the salamander to the group. Paultin hits it with a thunderwave. The salamander attacks Evelyn, whose armor of invulnerability cuts the damage in half. She had taken this magic armor off of the dwarf NPC Krak, who has gone missing.

Strix casts polymorph and turns the salamander into a frog. Chris points out that if they damage the frog, it will turn back into a salamander.

Polymorph is a concentration spell that lasts up to an hour. Strix will have to hold it! They are looking for a pit to throw frog in. Paultin ends up chucking it in a bucket. This bucket ends up on the line in the foundry.

The group frees the dwarf slaves and Chris does a great raspy dwarf voice.

The dwarves say a certain word at the end of each sentence. One of them says “doh.” Anna proceeds to ask baking questions, quietly trying to get the dwarf to say "dough-doh." I am dying laughing.

Strix wants to turn into a rat and scout ahead. Man, I do not like that idea at all. Why not gaseous cloud? Strix is too squishy to scout, in my opinion. It freaks me out. 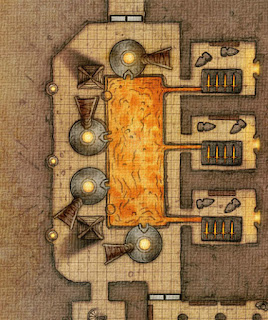 She enters a massive foundry where giants, dwarves and ogres are working. One giant is bullying a dwarf, dangling it over a furnace. The group doesn't know it, but this is Zaltember, one of the named giant NPCs.

Strix goes back to tell the crew what she found. The group decides to free the slaves. Strix assumes gaseous form and returns to the vast foundry area. She sees four huge dogs in a pen. Strix considers cutting them loose. Anna works in a "Who let the dogs out" reference... my god, she is on fire today.

Strix avoids some ogres and indeed lets the dogs out. The dogs go grab some dwarves and start dragging them back to the pen. Those poor dwarves. Then, Strix is spotted by the bad guys.

The group hears the commotion and runs to the room. As it becomes apparent that something is amiss, the giant who was bullying the dwarf actually drops him into the furnace.

Paultin tries a crown of madness on an ogre, but it makes its save. The group is shocked. Evelyn spots the frog/salamander in a bucket.

Diath crawl-dashes, sneaking past ogres. Evelyn grabs the frog and throws it in the hell hound pen. The hound swallows the frog, who turns into a salamander and it's not pretty. They end up destroying each other.

Good show, as always! Everyone was being funny and Anna just killed me. This is a very pleasant group and it makes this easy to watch every week. I hope people new to the game watch this so that they can see the mindset players might want to have when playing D&D. If you go to play a session with the intention of contributing to the fun, I think you have a great attitude.
Posted by Sean at 1:45 AM