Dungeons & Dragons - Tomb of Annihilation & Xanathar's Guide to Everything 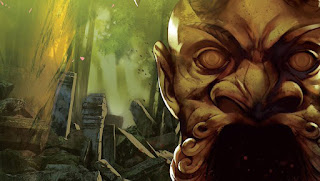 I am going to try and use this page to list the new D&D products coming out soon and what we know about them.

You can pre-order Xanathar's Guide to Everything right here.

Comes out on September 8th.
Retails for $50.

Theme: The feel of this adventure is "Indiana Jones vs. zombies." Tomb of Annihilation takes place in the jungle of Chult and builds on a few old adventures. On twitter, Chris Perkins mentions that this includes the feel/elements of the Tomb of Horrors, Dwellers of the Forbidden City, and the Isle of Dread.

Style: This adventures focuses more on the "exploration" style of D&D (from the triad of combat/roleplaying/exploration). This can be run as a free-wheeling sandbox or as a linear adventure path.

Sandboxy: They want groups to 'find' stories by exploring Chult and meeting NPCs.

The Main Thrust: "Can you survive?"

The Death Curse: A wasting disease afflicting everyone who has ever been raised from the dead.  When they die from this, they can't be raised again. Raise dead doesn't work at all.

Goal: You need to save the people who have been cursed.

The Soulmonger: A necromantic artifact  located somewhere in Chult.

Villain: The main villain is Acererak, from the tomb of horrors. The overall story is about how raise dead spells are failing, and those who were raised are decaying. A device known as the Soulmonger is somehow involved.

Meatgrinder Mode: You can run this adventure on "hard mode." In this mode, you need to roll a 15 instead of a 10 for each death save. 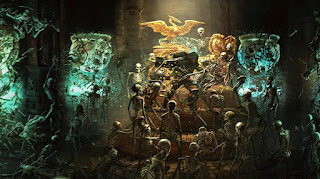 Tools: The DM is given tools to use as they like, including pterafolk, red wizards, and flying locations that you can explore.

NPC Guides: A unique aspect of this adventure is that you will need to hire the right guide or you may end up in a place that is too high level for you. Some of them might be shady, some are better than others.

Traps: The traps in the tomb are more puzzle-based. The new trap rules in Xanathar's Guide to Everything are meant to cover this.

Ring of Winter: It is believed that Artus Cimber is in this adventure. The heroes in Storm King's Thunder seek but don't find him. The original Ring of Winter novel is set in Chult, so it seems like we're gonna find ourselves an extremely powerful ring in this one.

Complete Details on Chult: The book will have a ton of information on Chult, like a gazeteer. 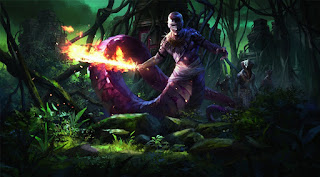 Ras Nsi: One featured NPC in the art is a mummy/yuan-ti named Ras Nsi. He has a moving fortress and an army of undead under his command. Piles of info about Ras right here.

You can read about Port Nyanzaru here.

You can read about Chult here. 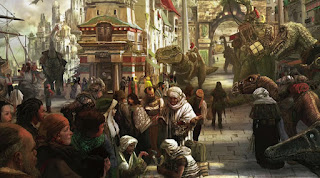 Complicated: I am continually surprised at how they keep making adventures that are hard to prepare. I mean, it seems to be working fine, but I know there's a lot of DMs having a hard time running these things.

The fact that this one seems even more wide open than previous ones is interesting. They want groups to "stumble" onto plotlines by exploring? That means that the DM has to have a really good handle on a big section of the adventure, and to be prepared to run up to one of ten scenarios in a given session.

I guess that means I'll be spending a lot of time making a guide to the Tomb of Annihilation!

Realms Fatigue: I've never been a Realms guy and wow, do I wish this was set somewhere else. They sort of threw us a bone by working in Acererak, but this adventure is definitely not what I was looking for.

That said, I'm sure it will be worth playing. If nothing else, it screams "fun", and IMO that goes a really long way.

Meatgrinding: In my experience, players hate dying! Hate it! I ran D&D games 2-3 times a week for 6 years at the game store, and I'd say that 25% of the players in those games would have temper tantrums whenever they rolled bad or their character was in grave peril.

I had guys throw their dice, rant and rave, punch walls and go in the bathroom to count down from 10. And I run an extremely soft game!

I really wince when I think about unsuspecting DMs marching into a game store intent on running this on "meatgrinder mode," completely unaware of the headaches, moping, and whining they are likely to have to endure.

Xanathar's Guide to Everything 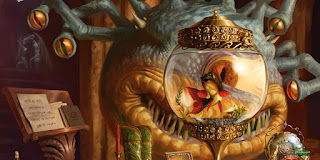 Main Details:
Who is Xanathar? Xanathar is an old D&D NPC, a beholder crime lord who lives in Waterdeep. He has a pet goldfish. If it dies, the whole organization will be in upheaval. Tons of info right here.

A lot of the material in this book has already been released in playtest form. Here is some of it:
D&D Adventure Grid
$25 for one map! Seems a little pricey, especially when you can get the same thing from Paizo for much cheaper and in better variety. You can get two of them right now for $26.

You can pre-order Xanathar's Guide to Everything right here 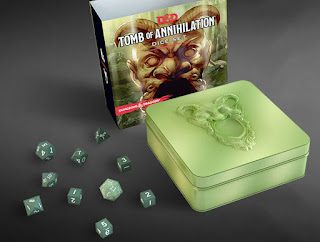 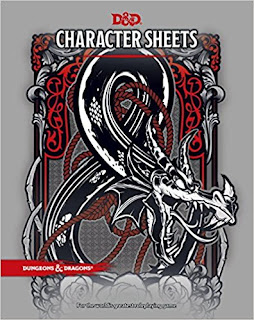 I've always loved character sheets. This is just $10! I will definitely get these, might get some for my group, too. 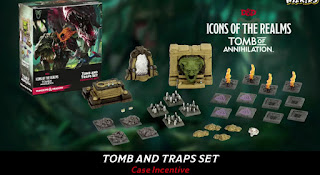 Tomb of Annihilation Board Game 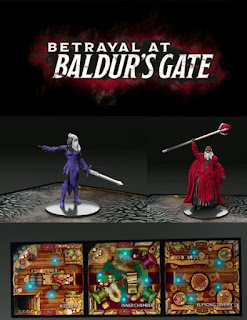 This is available to be pre-ordered on amazon right here.
Neverwinter MMO 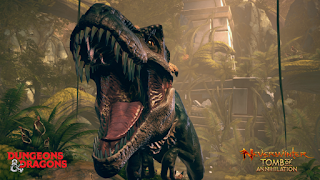 I love your guides, and I have found your "how to prepare a session" guide -- as well as the comments sprinkled throughout your Planescape recaps -- to be extremely useful. A niche-y kind of post I would like to see, though, is a breakdown of how you prepare your guides. You do a great job breaking down how to prepare, say, Storm King's Thunder, but I'd be interested to see how you approach the process of reading through a module for the first time: how you pick stuff out, how you organize your notes for the guide, etc. I sort of have a notion of how you do stuff based on your reviews, your guides, and your recaps, but I also love getting insight into the processes. A big part of what you do here is pedagogy, and I'm just interested in how you go about figuring out how you're going to teach us this stuff. Does that all make sense?

I bring this up here only because you commented on how Wizards keeps publishing adventures that are hard to prepare, and the thought that crossed my mind when I read that was: "Huh. I wonder how Sean goes about preparing his guides to preparation?"

I am excited about the "hard to prepare" nature of this adventure. I have really enjoyed SKT. I just prepare the places my players want to go.

I also want to point out that the pack of pathfinder flip mats you linked to is street price not msrp. The basic pathfinder mat is MSRP of $19.99. $25 list is only 5 dollars over that, so the amazon price will likely be much lower. I got my Pathfinder one for $13.99 I think.

I do not think there will be any new classes in Xanathar's. Just class options.

Matt S: Thanks! Maybe I'll write about that someday. I think what helped me was 4th edition. I ran so much of it, that I was able to train myself to prepare efficiently. To a degree, you have to sort stuff - you pull it out and put it in a category. And when you have an idea for foreshadowing or whatever, right it down immediately! That stuff is always gold.

Allen Burnett: I get a lot of emails from new DMs who have a real hard time with these things, so when I talk about this stuff, I have them at the front of my brain. I love the pathfinder flipmats, especially that hellscape one. Added a link to the sheets, thank you!

Sans: Clarified it a bit. Thanks!