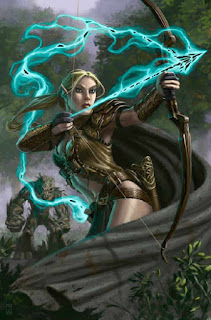 I busted out my 9th level sorcerer for some more 5th Edition Eberron stuff on Saturday. I love the staff of power that I have, but in the back of my head I worry that it’s making things difficult for the DM.

We’ve been collecting gems. We needed one more, and then we would be able to go to another world (the campaign world of our 4th edition campaign!).

I opened up my well of worlds and once again we rolled for a random Eberron plane. It was Shavarath the Battleground, a realm that was an endless battlefield. Devils, demons and angels all at war, taking and re-taking fortresses that littered the realm.

I thought that was pretty cool (I don’t know anything about Eberron) and I asked the DM if there were demon lords and archdevils here. He said that in Eberron, most entities like that are distant, if they even exist at all.

It seems like a great place for the Blood War. You could probably come up with a lot of cool stuff for this place. 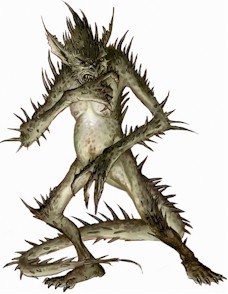 We spotted the tower that we needed to get to. There was a trench between us and it. Our fighter tried to jump the trench, but barbed devils lurking in it grabbed him and pulled him in. We had a quick battle where I levitated a dude and we blasted the others with spells. Our fighter got hurt very badly.

We entered the tower and found a golem guarding the gem we needed. I’m kind of torn about what to do in these situations. I know that I can just use telekinesis to pull the gem to my hand and then cast dimension door to get back to the portal. But as a fellow DM, I feel a bit weird about it.

Powerful Characters: I feel like the DM might have to scramble, and a lot of time in the past when I ran into situations like this, I’d sort of block the player’s actions in a way that felt a bit unrealistic or heavy-handed. I think that when you’re a DM, you need to know the capabilities of your players and take them into account when you make an adventure.

In this case, though, I have so many tools at my disposal that it’s hard to design around it. It’s almost like you can’t run “item snatch” scenarios because I can pull them off so easily.

It turns out I was worried for nothing, as I realized I couldn’t dimension door, because that would leave one party member – our injured fighter, in harm’s way and he would die. So I telekinetically snatched the gem and then got stabbed! I turned our fighter invisible so he wouldn’t be a target.

We ran, and the golem caught up to me and breathed poison gas that dropped me to 4 hit points. Then I dimension doored to the portal and climbed in.

Once the gem was off the plane, the golem was confused and kind of malfunctioned. The others got through and we were successful.

We had a lot of options a far as what to do next – this campaign has a lot of storylines that we get to kind of pick through and decide what we want to do.

There’s one I am quite keen on handling. We let a succubus NPC draw from our deck of many things and she drew the donjon card – she’s trapped in a prison somewhere.

That takes a backseat for now. We wanted to use these gems and see what happened. 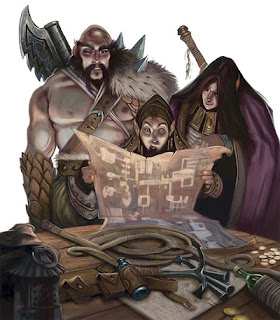 The next day, we used them in conjunction with my well of worlds and went through. We appeared in the Nentir Vale! The 4th edition setting! I found it very amusing. We were in 4th edition! Do we get minor actions? Don’t burn your dailies!

We were in the village of Fallcrest. In our 4e campaign, things happened and it ended up where during the day, the world crossed with the Feywild and at night it crossed with the Shadowfell.

It was daytime, so it was fey-time. We explored Fallcrest and were trolled by a number of pixie-type things that we did our best to ignore. Eventually we met the rulers, who were centaurs. They were linked to someone called the first warden. 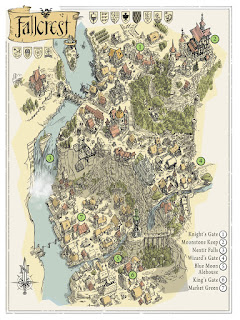 The Transaction of Doom: Eventually we figured out that it was possible that this warden was something of our own creation. In 4th, we ended up with an extremely powerful, evil item. I think it was the headless horseman’s scythe.

We had one player fully-immersed in 4e optimization-think. He was very statistics-oriented. He decided on his own to sell the scythe for whatever he could get for it, since it didn’t fit his “build”. He did not consult us on this.

He sold an artifact of evil so he could get the next item on his magic item wishlist, a thing that gave him an extra +1 in certain conditions. Remember.. he was going to get that item soon, anyway. We were basically allowed to get one item off of our wishlist per session.

Back then, the DM found this very funny and we soon learned that the merchant that bought the scythe sold it for an incredible profit.

So now, in 5e, we all started laughing when we realized that this entire region is probably ruled by the person who bought the headless horseman’s scythe. It’s sort of like buying the Wand of Orcus for $20 and an olive garden gift card.

We ended up realizing the centaurs were not our allies. We hid out with some drow.

The Raven Queen: Long story. Basically, we learned we needed to get these feathers of the raven queen (one lesson I learned long ago - everyone loves the Raven Queen). In 4e, our characters used the feathers to kill Lolth. The feathers have the power to make sure that when somebody dies – they’re dead. That’s what we thought, anyway.

These feathers will allow us to kill the rakshasas who have been messing with us for the whole campaign. Normally, rakshasas re-form in Hell when they slain and can come back. With the feathers, we can obliterate them for good.

Where are the feathers? Kobold Hall! The introductory dungeon from the 4e DMG. I died laughing. I ran that thing a bunch of times. 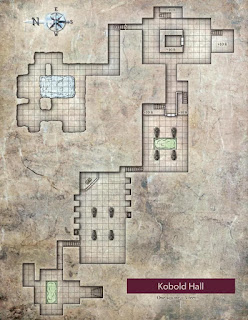 What was cool was the DM re-designed it. There’s a feywild version and shadowfell version. We had to go through both! Immediately, we were all wondering about the white dragon at the end of it.

One of the big rooms in Kobold Hall is this place where a boulder endlessly rolls around the room. We went through two versions of it – one with a huge singing skull rolling around (it sang a song about 4e that the DM actually made up, was very funny) and a rolling seashell in the feywild version. There was a key inside each.

Our fighter got inside the skull, but had no luck with the shell. We eventually shattered it.

Then we went below to the icy lake. White dragon? Nope. A portal.

We passed through the portal and appeared in a dark forest. Nearby was a path lined with tombstones. We followed the path and came upon a statue of the raven queen holding two feathers. The feathers we were looking for!

Then, something flew above us. It was the white dragon – in undead form. It was a dracolich!
That’s where we stopped!

Very fun session, hilarious stuff. I love 4e (though I don’t want to play it again) and I really enjoy poking around in it through a 5e lens. Really cool, this DM always has good ideas!
Posted by Sean at 3:24 PM