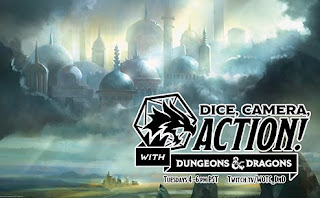 This is a hub and episode guide for season 2 of the show Dice, Camera, Action. Legendary dungeon master Chris Perkins is running a group of delightful youtube personalities through Storm King's Thunder, an official 5th edition adventure.

Links
What Did I Miss?

If you missed season one, the heroes had been sucked into an evil realm called Barovia. They escaped by trapping the lord of Barovia, Strahd, in an evil puppet.

Now they have returned to the Forgotten Realms only to find that giants are rampaging all over the place.

I compiled everything we know about their backstories right here.

These heroes were on a quest for waffles when they got sucked into Barovia in season one. They fear vampires and love owlbears.

Diath: He is a tomb-raiding rogue. Here is his character sheet. Evelyn: She is a paladin of Lathander, who is also known as The Morninglord. Her character sheet is here. 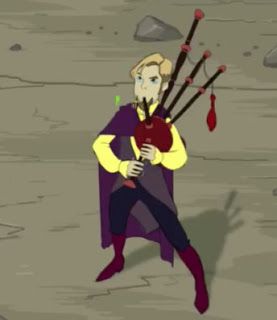 Paultin: He is a bard who is working on a drinking problem. His character sheet is here. 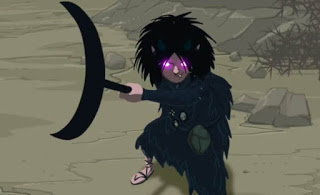 Strix: A tiefling spellcaster from the planar city of Sigil. Her character sheet is here.
Season Two Episodes

I put an asterisk next to the episodes that I think are the best. 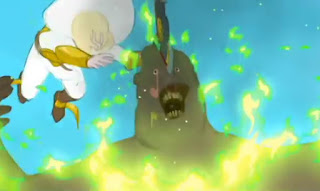 Acquisitions, Inc - Enter the Trash Witch: Strix learns more details of her origin and doesn't get along with Jim Darkmagic.
Posted by Sean at 12:55 AM

Excellent effort to make this blog more wonderful and attractive. dice for dungeons and dragons