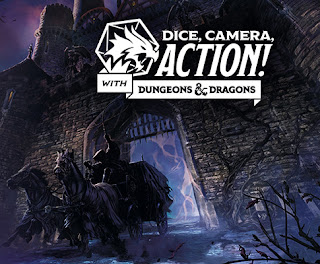 I decided to write a summary of the first episode of Dice, Camera, Action! It is a new weekly stream on twitch and youtube where mighty Chris Perkins runs Curse of Strahd for a group of players.

This is not going to be a critique or anything like that. I'm going to summarize the events and provide timestamps for the parts that I think are the best. At the end I'll offer my general thoughts. 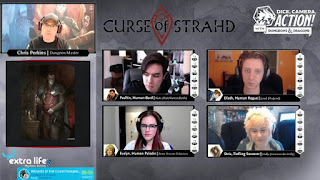 The characters are 3rd level and they've been adventuring together for a while.

It all begins with our heroes cooking wieners over a campfire. We learn a bit about each character:
So the mists suck the group into Ravenloft. Their campfire becomes a bonfire. A dark figure appears in the flames and glowers at Evelyn. Strix soils herself. 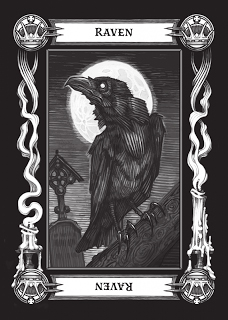 The group comes upon a rusty gate and passes through. The gate swings shut behind them. I should point out that the heroes sent Evelyn through the gates alone as trap bait.

The adventurers come upon the corpse of a commoner who has been clawed to death. He is clutching an envelope. In it is a letter from Kolyan Indirovich, the Burgomaster of Barovia. The group learns that there is a vampire causing problems here, to put it mildly.

Evelyn casts Detect Evil and she realizes the entire realm is tainted with evil. She drops to one knee, overwhelmed. Strix splashes her with filthy puddle water to snap her out of it.

There is some discussion of Evelyn's god, Lathander, and whether his connection with Evelyn is severed (she still has her spells and powers). Strix thinks Lathander is busy picking his butt.

The group follows wagon tracks and comes upon a village. They spot the Blood of the Vine Inn and they hear sobbing coming from a boarded up building. 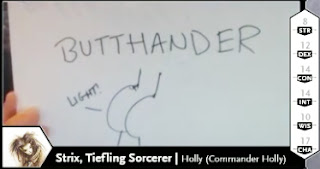 Evelyn finds the crying lady. The lady is holding what appears to be... a dead baby! Evelyn looks closer and sees it is actually a doll missing an eye. She says "the devil Strahd" took her baby, Gertruda. Evelyn promises to get the baby back.

The woman explains that Strahd hunts the people of Barovia, aided by wolves and bats.

She gives Evelyn the doll. It has a tag on it that says: "Is no fun, is no Blinsky." No idea what that means!

The Blood of the Vine 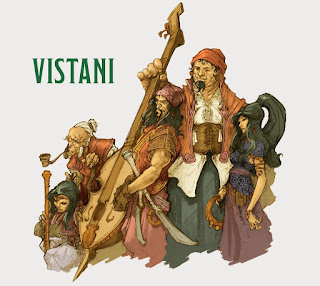 They go into the Blood of the Vine tavern. Paultin fires up his bard ability to perform in exchange for free food and drinks. His bagpipe-playing impresses 3 women wearing colorful clothes (it turns out that they are owners of the bar and are vistani - gypsies).

One woman says she didn't think Paultin's performance was that great, so Paultin busts out his magic eyes of charming to change her mind.

Diath meets an NPC named Ismarck who is related to Ireena, daughter of the Burgomaster. He wants the group to meet her.

Paultin ends up dancing with one of the vistani. The group gets weirded out by shadows on the wall moving strangely and they decide to leave. Strix uses magic to leave a foul odor in her wake. I don't think she cared too much for the vistani, who had assumed Strix was a servant.

They go with Ismarck to his dilapidated "mansion." They meet Ireena, who is wearing armor and a red tunic. She has two puncture marks on her neck!

Next Week: We'll learn more about Strahd and meet a Vistani who can divine the future.

Chris says he's been taking notes during the game and he has a lot of ideas for things to do with the characters. I am really interested to see what he has come up with. 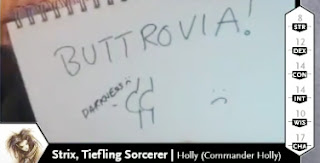 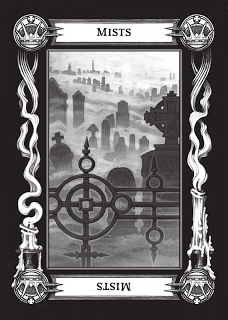 The Group So Far: Evelyn and Strix both feel like classic characters right off the bat. Evelyn immediately took on the role of party leader and it works really well. It's a good group. Everyone seems, at the very least, pleasant.

Holly: Holly is hilarious. If I had to pick a favorite so far, it would definitely be her. Her character is actually using Planescape slang, so apparently she is from Sigil. She refers to the Lady of Pain's Mazes at one point. I hope we get some kind of flashback into her past.

Chris Does Great Voices: Chris does a bunch of really good voices in this. I almost want to cut out his reading of the letter and just play the recording of it when my players come across the letter in my game.

No Combat: Not one battle! It was fine. The session was going at a leisurely pace but it didn't drag much. If you're looking for combat and stats stuff, this is not the session for you.

Overall: It was a good first episode. There were a couple of slight audio hiccups but they were extremely minor. It was amusing to see someone come in the door behind Anna and grab a box or something and creep back out. Is she at a campus or something?

It will be fun to see how things develop.

Click here to proceed to the summary of episode 2.
Posted by Sean at 6:52 PM

Thanks for the review! I was not aware of this, and will have to watch.

Ivan: It's pretty interesting to watch Chris DM. He does the best voices. Thanks!