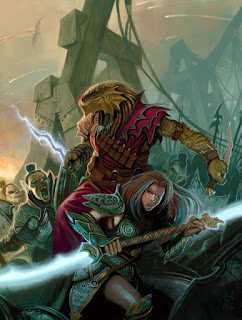 Mike Shea of Sly Flourish is working on a D&D rules system for "Narrative Combat". What he means by that is a simpler, swifter system for resolving encounters in Dungeons & Dragons. It's an idea that's been batted around by DMs since 4th edition.

In general, this concept is used to handle minor encounters. There's only so much time people have to play D&D, and sometimes it can feel like a waste to spend more than a few minutes on taking down mooks or minions.

I am always obsessed with getting to a certain point in my sessions. I don't want the players to get bored with the campaign and I do not want to have a session where nothing gets done. I think we've all had those "shopping" sessions, where the group goes to town and buys stuff and that's about it.

Now, don't get me wrong. Shopping sessions can be really, really awesome. But you don't want a campaign full of inconsequential stuff that makes everything feel like a drag. 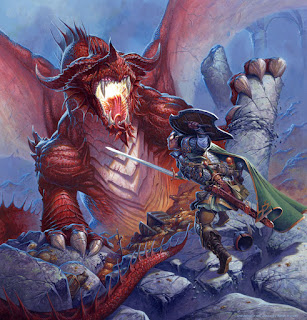 I originally started cooking up "narrative combat" rules back in around 2009, when the 4e grind really started wearing down my groups. Assault on Nightwyrm Fortress in particular was excruciating. It was just hour-long fight after hour-long fight.

Ever since then, I've adopted a simple system to resolve minor combats and keep things moving:
Emphasize that this is a movie scene. Heroes should be doing unnecessary backflips, swinging on chandeliers and jumping on moving vehicles.

Sometimes I don't even roll initiative for the enemies. On each hero's turn, I tell them what a bad guy is doing. Then the hero does their action. A fail on the roll means the bad guy hits them. A success means the hero hits the bad guy. Be careful with this. It can make the game really weird if you are not running it in a clear and consistent manner.

It's important to remember that you need to think in terms of logical outcomes. You must present a very clear picture of the scenario at the start. List who is there and what objects are nearby (tools for the heroes to put to use, like an angry caged owlbear, a ceiling that could easily collapse or a pool of acid).

I once had a character use thunderwave to send an explosive barrel hurtling at a crowd of bad guys. That's the kind of thing you're looking for.

The trick here is that you have to define the boundaries. You're stepping outside the bounds of the normal rules, which is very weird for some players.

Another thing to note is that the more rules you use in your narrative combats, the more it gets bogged down and eats up time. Remember, the whole point of this is to not waste time! 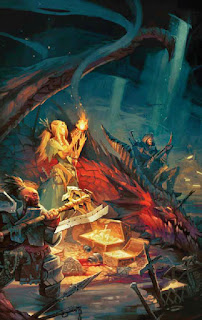 In 4th edition, instead of doing normal damage, I'd have the participants do damage in healing surges. You could in theory do the same in 5e with hit dice.

Being that this is cinematic combat, you could also allow disarming. You could even have a bad guy target a hero's body part. Consult the lingering injuries chart in the DMG and put it to use.

Handing out piles of treasure in these encounters will feel cheap. You should probably just keep it to gold. No hero should be getting an awesome magic item in a throwaway, minor encounter. 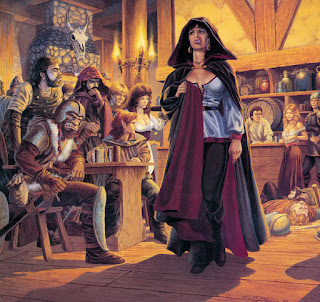 Bar fights are the perfect for narrative combats. They are fun, relatively low risk encounters full of fun opportunities:
Some Players Will Hate This 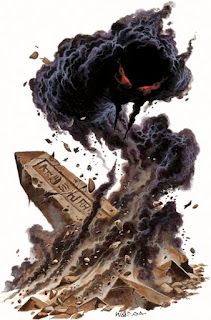 One of the main problems with narrative combat is that certain types of players aren't comfortable with it. I have had quite a few "numbers" players and "optimizers" in my games. They like using and knowing the rules and finding cool power combinations.

These players generally don't like narrative combats. Narrative battles completely remove all of their well-thought out strategies. Now, anybody can do anything. It feels cheap and "wrong" to them.

Also, some players draw a complete blank when it's their turn. When given unlimited options, they feel completely lost. It helps to tell them to imagine their character in a movie, but you're still going to have some players who are completely paralyzed in narrative combat.

This is why you, the DM, must always have a suggestion ready for them. Write down some ideas ahead of time. When the narrative combat starts, tell them some cool things they could do. You'll find that certain players will always immediately grab one of your ideas.

It is weird to think that in a game of imagination, some players cannot handle having to imagine something on the spot. But remember that people play the game in different ways and are at the table for a number of reasons that may differ from your own.

Narrative combat is most definitely not for everyone. If a large portion of your group isn't rolling with it well, you'd be better off not doing it. 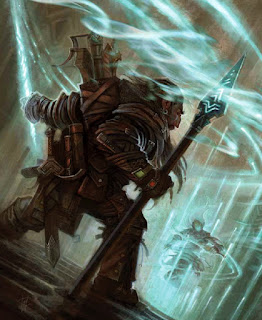 I have found that narrative combat is the best way to handle mass battles, sorcerous duels and ship-to-ship combat. Each of these things have been notoriously difficult to resolve in an efficient way in the context of the D&D rules. Handling it in a semi-abstract manner seems to be the best way to go. Just be careful that you don't run it so loose that it feels inconsequential.

War: If a hero is in command of a unit of troops, ask them what they want to do. Think about what your bad guys are going to do, preferably before you hear the player's strategy. This way, if the player has a clever idea, it will legit take the enemy by surprise because you were surprised by it.

Then let them roll a single die roll, modified by whatever stat, skill or power bonus that feels appropriate. Let the dice tell the story. The lower the roll, the more casualties in your unit.

Wizard Duels: Pick the spell your bad guy is going to use. Then let the hero pick his or her spell. Both of you roll arcana checks. Whoever wins, hits. If the spells have some kind of connection, maybe that comes into play. For instance, one casts ray of frost and the other casts firebolt. Maybe those cancel each other out no matter what the roll. Counterspell obviously makes a very interesting wrinkle in these types of encounters.

If both cast magic missile, you could either make it a situation where the beams hit each other, and whoever rolls a higher arcana pushes through and hits the target. Or have each roll damage and whoever gets higher affects their foe with the overflow.

Pirate Ships: Narrative combat is perfect for this. Heroes will want to swing on a rope across to the deck of the enemy ship, climb the mast, and maybe even launch themselves in a catapult.

As far as damaging the other ship, be careful not to let this be too easy. It can be hard to think of how fast a fire spreads on a wooden ship right there on the spot. You'll need to think ahead when planning your encounter, to take in account what your heroes have at their disposal. You don't want to punish them for a clever idea, but you also don't want the encounter to come off as flat.

In the end, though, you'll know an awesome idea when it's presented and you need to run with it. That's a lot of what this is: you're digging for great stories to tell other people. Clever stuff is what this is all about, twists that take you by surprise. 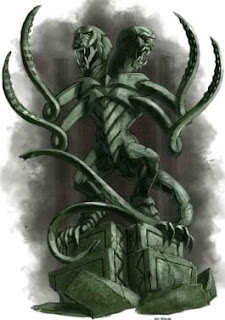 Here's an example of a narrative combat I used while running the Savage Tide Campaign. The heroes had somehow ended up in Demogorgon's abyssal lair of Gaping Maw. They were in the demon city of Lemoriax.

There was this big cage on wheels pulled by slaves. It went around a statue in the town square. Gladiator-type fights happened in the cages. Obviously our heroes ended up in there and had themselves quite a battle.

There were environmental hazards:
The heroes battled a demon gladiator in the cage. At the start, I said that the gladiator was staring down the goliath, one of the heroes in the party. I wanted to establish what the bad guy's focus was in advance.

Everyone rolled initiative. I did not. Then on each player's turn, I presented them with a situation and let them run wild. So it went like this:

Player 1: A demon stabs at you with a barbed scimitar through the cage.

The player decides to try to dodge, snatch the weapon and cut out out that demon's eye. He rolls and succeeds.

Player 2 (the goliath): The gladiator lunges at you and tries to grab you and push you into a spike on the cage.

The player tries to spin the bad guy around and impale it, but fails. Our hero is impaled on spikes!

Player 3: The goliath is pinned on spikes! The demons outside the cage are closing in on him, hoping to tear off his pouches and gear to keep for themselves.

The player casts gust of wind and rolls an arcana to see if she can catch everyone in it without harming the goliath, and does.

Start of Round 2: The cage hits a bump. Everyone make a dex save or fall prone (including the gladiator).

That's the basic idea. The trickiest thing is deciding how much somebody can do in a round. It also might feel weird to let your bad guys go on each character's turn. I generally let them do a little more, but really they just make one main maneuver per round.

I am running the final chapter of the Great Modron March tonight, so I should have the summary up tomorrow. I also posted episode 4 of the great modron march on youtube. Thanks for reading!
Posted by Sean at 8:46 AM

Fascinating. I've seen narrative combat used for large scale events outside of the parameters of personal combat and also for difficult to administer rules such as ship combat. But for personal combat where most rule sets specialize? Interesting! What circumstances would you go with the narrative route rather than just playing it out with the rules? Great post with food for thought.