The Rise of Tiamat - Arauthator 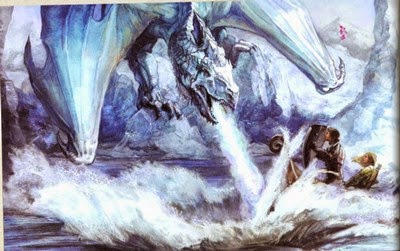 I was hoping we'd finish episode 2 today, but I doubted we would. It's a pretty big area to explore - a dungeon inside a glacier. But somehow, they did it.

The store remains packed each week for Dungeons & Dragons encounters. It is astonishing. 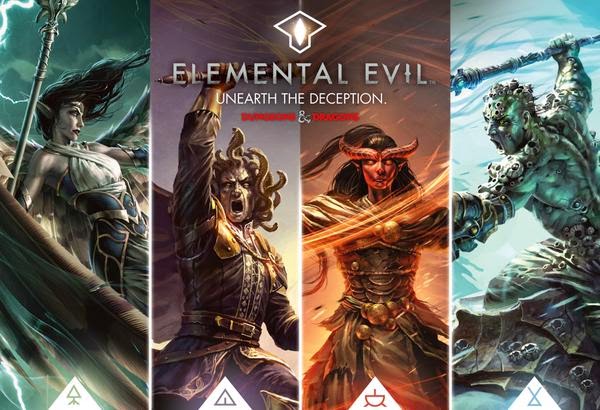 I told the group about the announcement regarding the next storyline. They were quite excited to hear about the new player content. I told them about the genasi race, and they can't wait to find out more.

Last time, the heroes had earned the right to stay on Oyaviggaton through a one-on-one combat with the tribe's best warrior. The heroes were ushered into a storage room and fed raw fish. 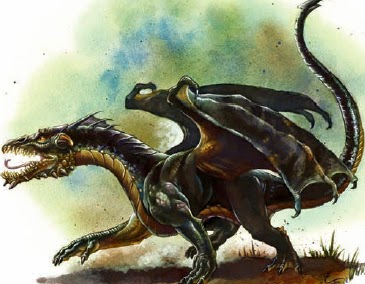 Some of the PCs were wary of the food. There was a long moment of contemplation. Sparky the black dragon ate some. A rogue's dog ate some (one of the rogues adopted a stray dog in Boareskyr bridge). Dark ate some. Nobody else would dare it.

Good thing, too. It was poisoned. If you fail your save, you are knocked unconscious. Of course, Dark always makes her rolls by a wide margin. The dog actually died, but the paladin brought it back to life with a revivify spell. It's nice to see the group using more magic.

The heroes took an ice hunter hostage and eventually they met with the shaman who explained that the tribe fears the dragon and blah blah blah. She showed them the entrance to the dungeon and down they went.

This dungeon has some cool gimmicks. There's fog that is more dense in certain areas. The floor is icy and thus difficult terrain. There are lots of slopes that the PCs will have to slide down.

The key here is to use some special shoes like the kobolds do, but the PCs weren't able to make that happen. 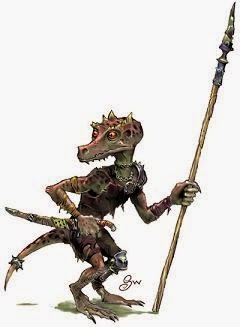 In here are a bunch of kobolds. The adventurers rushed in and slaughtered them. I was thinking about not even rolling this fight out, but I was afraid it might cheapen the overall experience if I hand-waved too much stuff.

It's a room full of junk. Our party gnome is smelly and lives in trash. It is hilarious that almost every episode has a trash encounter for him.

Piles of food for the dog and Sparky to eat. The dog, however, won't eat fish anymore. It did kill him, after all. 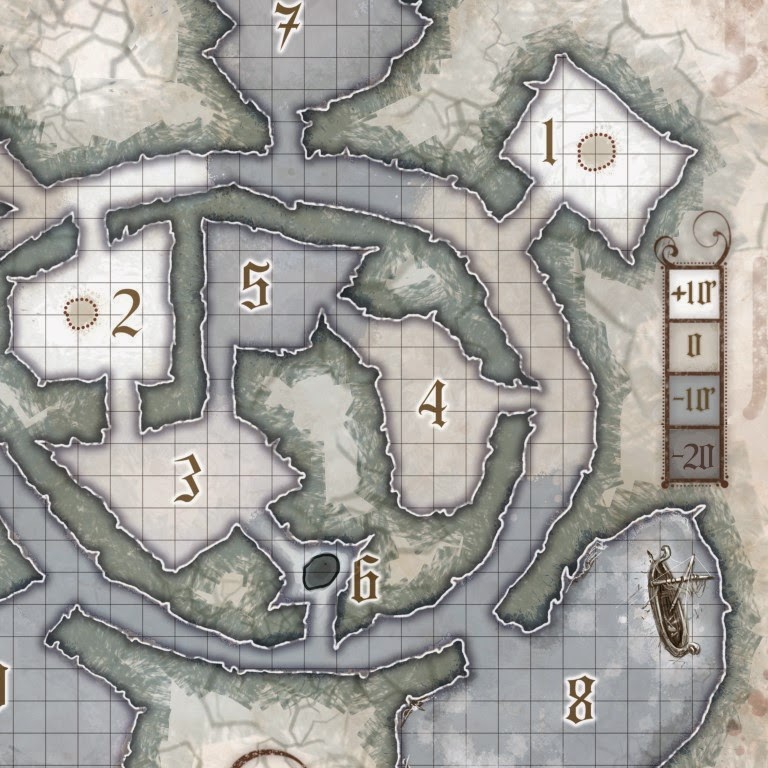 This room has a vast pit in the center that drops right down into the dragon's lair. You can go around the pit to get to the hallway across the room, but if you take the left side, there's a 50% chance it collapses.

I was quite interested to see how my group would approach this seemingly innocent room. They were hyper cautious. They came up with quite an odd plan. The paladin teleported across to the other side with misty step. They chucked him one end of a rope. He held one end, and another PC held the other, and PCs crossed directly over the pit via rope climb.

Remember, the floor is ice! They can't get traction! This was quite reminiscent of the super-tetanus razor room in White Plume Mountain. But, after tons of shenanigans and a spider climb spell, no PCs actually fell in. It was quite amusing.

Just a big empty chamber with an up-sloping tunnel that leads to... 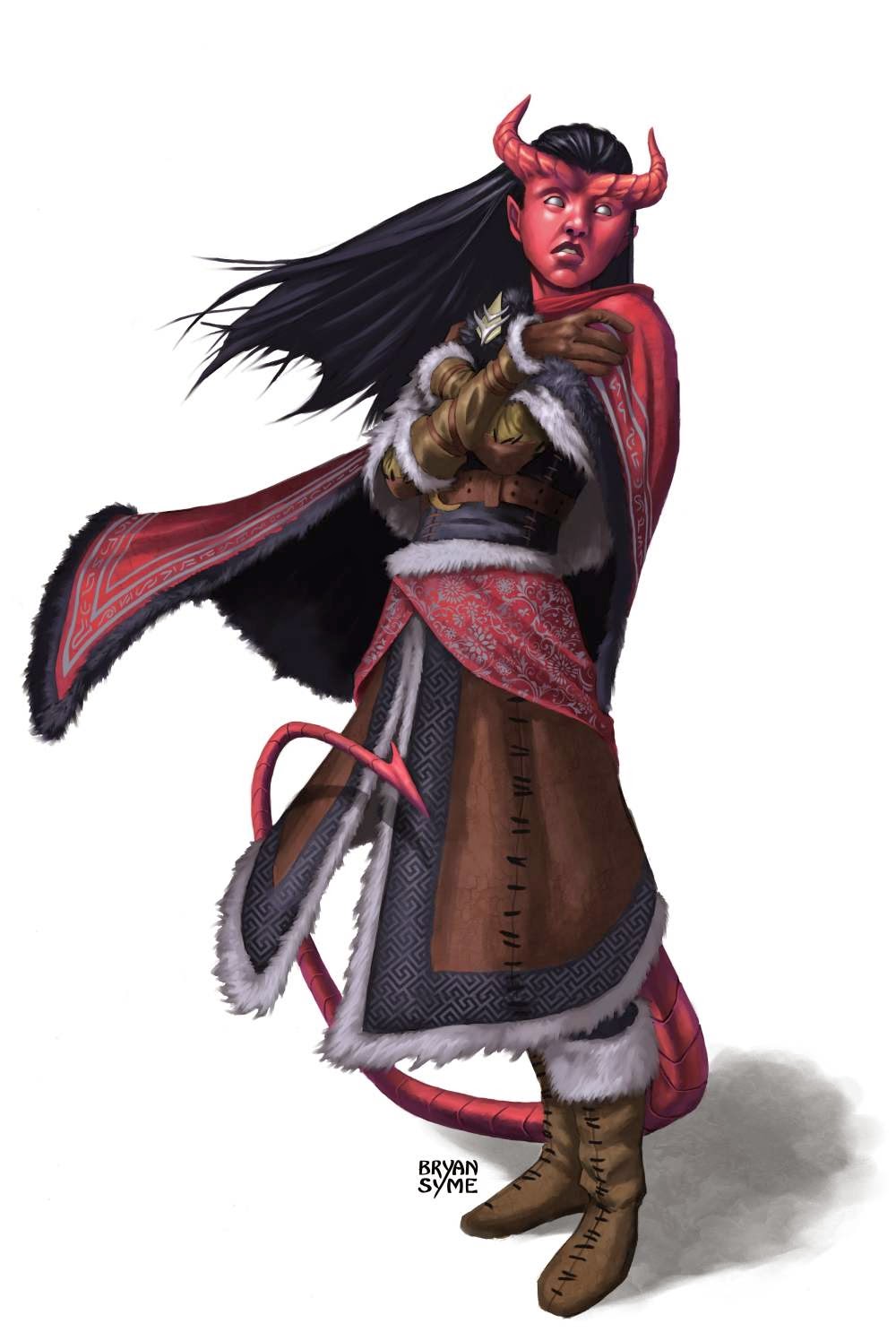 An ice troll guards the room, because this is where Maccath the Crimson is. She's the person that the PCs came here to find, because she knows a lot about the Draakhorn (the device calling dragons to the cult).

The PCs tried to trick the troll with an illusion of treasure, but it didn't bite. The heroes ended up murdering it with a killer combo (they do lots of fun combo attacks to get inspiration). Dark cast a firebolt at the troll, and her dad shot an arrow through the bolt, setting the arrow aflame! It was awesome. When he hit, I declared it an auto-crit.

The players absolutely loved this story. I'm surprised Dark didn't volunteer to be Arveiaturace's new friend. She might have been in the bathroom at the time

Basically, Maccath won't leave this dungeon until some Arcane Brotherhood books are retrieved. These books are in - where else? - the dragon's hoard.

She gave the heroes some awesome magic items to help them defeat the dragon: A ring of cold resistance and 2 arrows of dragon slaying. If an arrow hits a dragon, the dragon must make a CON save or take 6d10 damage. If it makes the save, it still takes half! 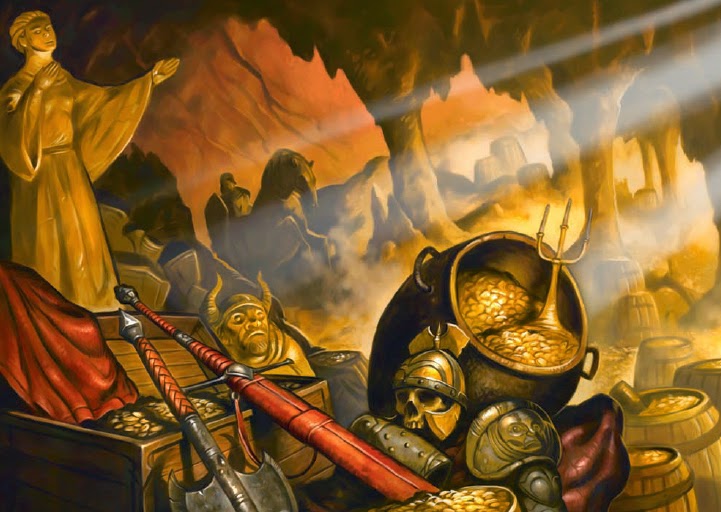 This Scriptorium has all sorts of funky traps and treasures. Maccath warned the heroes that the stuff was dangerous. The players were again super-cautious and resisted temptation. They just passed on by. They needed to go down the chute in here to the dragon's lair.

I love the chutes. PCs need to make a DEX check to slide down unless they have climbing gear or a clever idea. The group was again super-cautious and used a rope and some other stuff. It turned out they all made their rolls spectacularly well. They slid expertly right down on top of the dragon's icy treasure hoard! 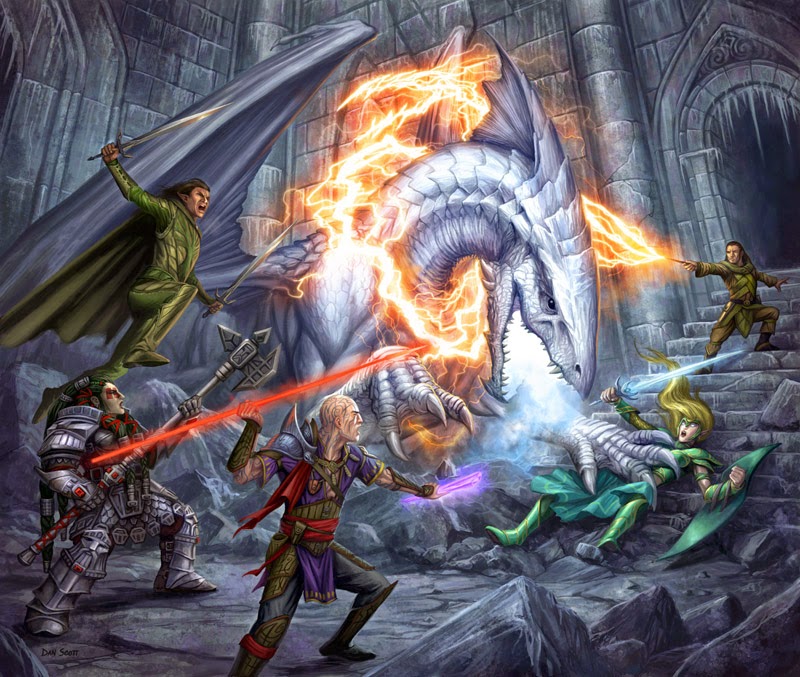 The adventurers were admiring the treasure beneath the ice. And then from the fog (visibility in here is 60 feet) comes the white dragon Arauthator! The dragon won initiative.

In the last fight with a white dragon at the end of Hoard, I had the dragon use it's frightening presence right off the bat and it devastated the party.

I was curious to see how the fight would go if the dragon used a breath weapon first. The tricky thing here is that the PCs have those two arrows of dragon slaying. The dragon is supposed to flee once it's taken 100 points of damage.

I gave it a try, and wow, the breath weapon devastated the party. Nobody went down, but they all got hit pretty hard. Then the dragon hovered above them and used it's tail attacks 3 times as legendary actions.

The party isn't great at ranged attacks, but they had those two arrows of dragon slaying and they had inspiration. So they opened fire and hit with both arrows.

The dragon was hurt bad. On it's next turn, it let out the frightening presence. The whole party was extremely concerned with this, and used all sorts of powers and gimmicks to help them get bonuses to their saves. Even so, I think half the party was frightened (and thus had disadvantage to hit and couldn't move closer).

The dragon had taken over 100 points of damage, so it fled. It was a quick but intense battle.

We had to stop there. The adventurers had indeed conquered episode 2. 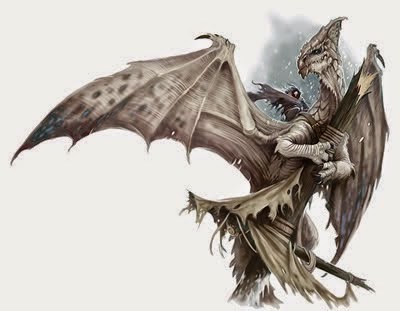 The player reaction to Arveiaturace's story makes me think I need to use her. In this adventure, the cult tries to assassinate the adventurers three times. I decided to use dragons for all three.

I'll have to check and see if this is just too deadly. But I can work in some weaknesses: Arauthator will freak out if his mate is hurt badly, and Arveiaturace will panic if she thinks her "friend" on her back (the long-dead wizard) is in danger. The heroes can exploit this stuff to their advantage, and I think it would make for an epic encounter.

By the time the 3rd encounter happens they will have lots of access to Resurrection magic. So you don't have to worry too much about overpowering or killing them.


I might as well tell you something about the Neronvain episode. Neronvain is the son of the elf king and all that but that is stuff you know. My bit of trivia is about his Dragon companion.

Chuth the green dragon like Arauthator has shown up in D&D products before. In Chuth's case he appeared in the D&D next Adventure Ghosts of Dragonspear Castle. (First appearance of Sir Istaval from what I know as well) Were a decent amount of info is reveled about the dragon.

Chuth is a deadly adult green dragon all of his adult life cultivating a taste for elves. He’s eaten more than his fair share, moving from forest to forest so that he can’t be tracked down and killed. In his younger years, Chuth believed he could steal elves’ immortality by devouring them. Maturity has cured him of that ridiculous notion; now, he’s simply drawn to the sport of hunting prominent elves, particularly those of noble or royal descent. He passes the time learning about elf kings, princes, and lords and hatching elaborate schemes to lure his chosen prey into isolated corners of the wilderness, where he ambushes and eats them. Wood elves know him as the Emerald Assassin.

Neronvain's brother Alagarthas who you already introduced is an NPC in Dragonspear who can join the party for a while. Chuth is revealed to be hunting him and Alagarthas has heard of him form having had heard that his exiled brother had been killed by him. (Though the truth is Neronvain somehow befriended the dragon) Anyway Chuth has a cool intro in the adventure he does not talk as he thinks it heightens the fear his prey feels. Chuth knows some magic like invisibility and attacks the party to go after Alagarthas from that state while in a rain storm. Because he attacks while invisible in the rain. The effect causes Chuth to look like a Dragon made out of Rain.

Overall it's a cool thing and I recommend you read a bit about Chuth and Alagarthas in Ghosts of Dragonspear if you own it. As it can help you roleplay them in this adventure.

Unknown: Wow, thank you so much. I was on my hiatus when Dragonspear came out. I'll see if they have a copy of it in the store. I didn't realize all of this stuff came from that module, very cool.

Far as I know you can only get it as a PDF.