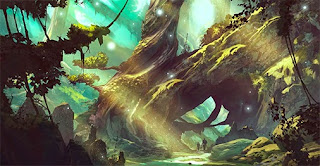 Title: A Wolf in Sheep's Clothing. 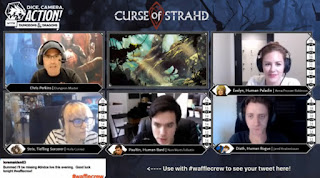 Last Time: The group beat up a tree in an awesome battle. They obtained one of the magic gems they needed. Evelyn was unconscious. Paultin was going to heal her, I think...

Paultin administers a potion to Evelyn. Holly is wired, she says she drank tons of coffee today. Evelyn wakes up, hugs him and thanks him. She has a death grip on him.

Mourning Glory (the undead horse) makes a kind of barfing noise. It always makes that noise.

The group heads back to the winery and meets with Davian and his family, the owners of the winery. Evelyn grabs their baby Yolanda and starts warbling a country song about Lathander to it.

It is time for a long rest. The group chains Evelyn up in the basement of the winery, because she's a werewolf. This area is is on page 178 in the Curse of Strahd book if you're reading along.

There's a wall covered in frost down there. Diath finds a secret door. He opens it. There's a tunnel that leads to a cave. Evelyn figures out that brown mold is in there. It feeds on fire.

This is area W15 (page 178). The entire cave is covered in brown mold. Evelyn fails a saving throw. The warmth is getting sucked out of her body. She takes 22 damage!

Check out the mold on page 105 of the DMG. There' a bunch of molds in this cave, but Chris only did damage for one. The whole party could be wiped out by this depending on DM interpretation. 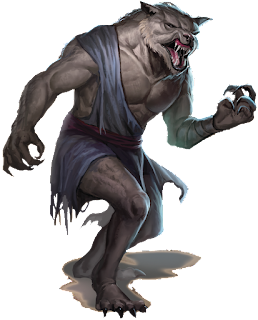 The group starts drinking Purple Grapesmash number 5, a wine made at the winery. The whole group makes constitution checks.

When the group wakes up the next morning, Evelyn is gone. The chain snapped. Someone cut the chains! I wonder if Strahd took her. Her equipment is still in the cellar.

The heroes run around the winery looking for her. The group sees a door ajar in the room with the vats. They hear a scream upstairs. It is one of the Martikovs. The baby Yolanda is missing. Ha, wow. Did she eat the baby?!

The Martikovs are extremely angry. Paultin decides there's only one way to lighten the mood - he's going to play the bagpipes. The Martikovs shut it down.

The Martikovs turn into ravens - they are wereravens. They take flight and search the grounds.

The group continues searching the winery. They find Evelyn's pan flute, which she played wayyy back in the beginning of the campaign.

Strix has Evelyn's mouse, Juniper. She sets it on the ground, hoping it will lead the group to Evelyn. They follow the mouse. They find tracks. They also find Evelyn's boots. They realize that Evelyn was in human form until this point.

Strix points out that if she ate the baby, she is going to be in big trouble with Lathander.

Diath sees Evelyn.. she's in mist. Her face and mouth are drenched in blood! She's dazed. She has no memory of the night before. I wonder if Strahd bit her? How weird would that be - a werewolf/vampire.

Davian flies in and demands to know where the baby is. Davian starts yelling at her. Maybe they should give her ipecac and make her throw up to see if there are baby parts in her stomach. 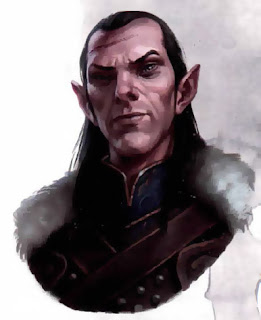 The group follows her tracks to the edge of the vineyard outside. A man is coming down the road on an ashen white horse with glowing white eyes. Riding it is an elf with grey skin and black, long hair. He has something in his arms. It's the baby!

The elf says he found the baby in the wolf's den. This elf is detailed on page 237, a fairly major NPC in this adventure. He says his name is Kasimir Belikov. He is seeking a hanged man (Diath!). Evelyn points Diath out, to his chagrin.

He comes close to Diath. As the mystery elf gets close, Diath hears the screams of thousands of men (his deathly choir aura). Strix and Paultin hear it too. It reminds Strix of the sound of the River Styx. River Strix?!

Kasimir here says Strahd captured his sister. Madame Eva told him Diath could help. He says the Amber Temple can remove the curse. Strix wonders if the temple could remove Evelyn's curse, too.

Evelyn realizes she has goat blood on her. She's relieved. Diath points out that there are no goats at the winery.

The heroes drop the baby off with the Martikovs and then they leave with the NPC. They are going to check out the wolf den where he found the baby.

Creatures are lurching out of the woods - Strahd zombies! They're covered with dirt, they apparently just crawled up out of the ground. They're coming from all directions.

Evelyn got no rest the last night, yikes. She heals herself with lay on hands. 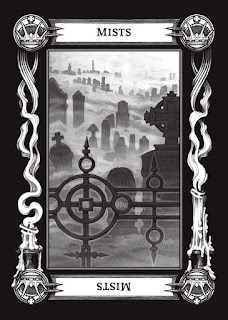 Strahd zombies have a fun little thing where you can cut their limbs off and the limbs attack.

Strix drops a fireball and slaughters them. She stands on a rock and laughs maniacally.

The NPC thinks this is part of a trap set by Strahd. Evelyn says she wants to smite him from the face of the land and Strix begs her to stop saying his name out loud.

The group finds Evelyn's tracks and realize she was running around like a maniac and she basically exploded the goat. Kasimir urges the group that the curse must be removed.

Wow. Sounds like we are going to the Amber Temple. I am very interested to see Chris run this place.

Diath realizes someone else stole the baby. He thinks the NPC did it, and the two get into an argument. Kasimir says, "Madame Eva put us together for a reason." He says that he will help the group defeat Strahd.

Kasimir tells them his origin story. Strahd wanted to marry Kasimir's sister. He and some others stoned her to death. Strahd locked her remains in the castle and murdered all of the female elves in his clan, destroying their future.

Diath is the "Hanged Man." Strix wants to be a wereraven. That's where we stop!

Anna says that Muriel, her half-minotaur died in the Seaborn campaign last week. Muriel is an NPC in my Planescape game, my players will be amused.

Chris says next week's show is entitled, "the road never traveled." Chris says it will be a good one. He looks excited! I am looking forward to it.

The show hit its stride a month or two ago and now we're in the zone. Every week is good. This episode flew by and was fun from start to finish. This was just a perfect episode of Dice, Camera, Action and I really hope people are noticing.

Toolkit: I'm definitely seeing the approach Chris is taking to this. He knows all of the "tools" at his disposal and he drops them in when it feels right. That's good, but I think a lot of DMs would have a hard time doing that as this is a gigantic book and it is hard to retain all of that info. The NPC he used tonight is completely out of left field.

No Check: When Evelyn went on her werewolf rampage, there were no rolls or anything. Chris just told the group she was gone. I think some of my groups would balk at that - they'd at least want some kind of perception check, some kind of chance to notice she got free as it was happening. I think that if you have established trust with your players you could pull this off, but you'd probably need to demonstrate that you are fair-minded a few times in advance before cashing in on this kind of thing.
Posted by Sean at 7:56 AM

If you were listening carefully (and had read the adventure, which you have), at one point Chris accidentally let slip exactly what the NPC's deal is. Luckily the players didn't notice.

This is the third time they have used Careful Spell wrong, they use it as if it negates all of the damage of the Fireball, but all the ability does is make you auto save, they should still be taking half damage from the Fireball.

The episodes lately ended on pretty nice stops... Very worried about future episodes now haha!
I don't know what's going to happen in the future of the adventure, but I have a feeling that Chris's slipups with the NPC's name is pretty important... I might be wrong though.

I don't know if it was just me or not, but I had difficulty hearing both Jared and Nate. Their voices would fade out when someone was talking at the same time, and they would have to talk for a second or two for their audio to fade back in. Because of that, I missed a lot of what they were saying. anyone else experience that?

Anonymous 1: Ah! I missed it! I was really thrown by Chris using him like that. It was so out of the blue.

Anonymous 2: You're right! Ha.. you know, I take comfort in the fact that Chris - one of the best DMs in the world, probably - makes mistakes like that. To me, what that says is that it is simply impossible for a DM to juggle everything at once without error. It's just going to happen. Nobody can multitask to the degree required to run a flawless game of D&D, whatever that would be.

Anonymous 2: I could hear Jared and Nate but yeah they were a little low. Were you listening on headphones?