Hoard of the Dragon Queen - Castle in the Clouds 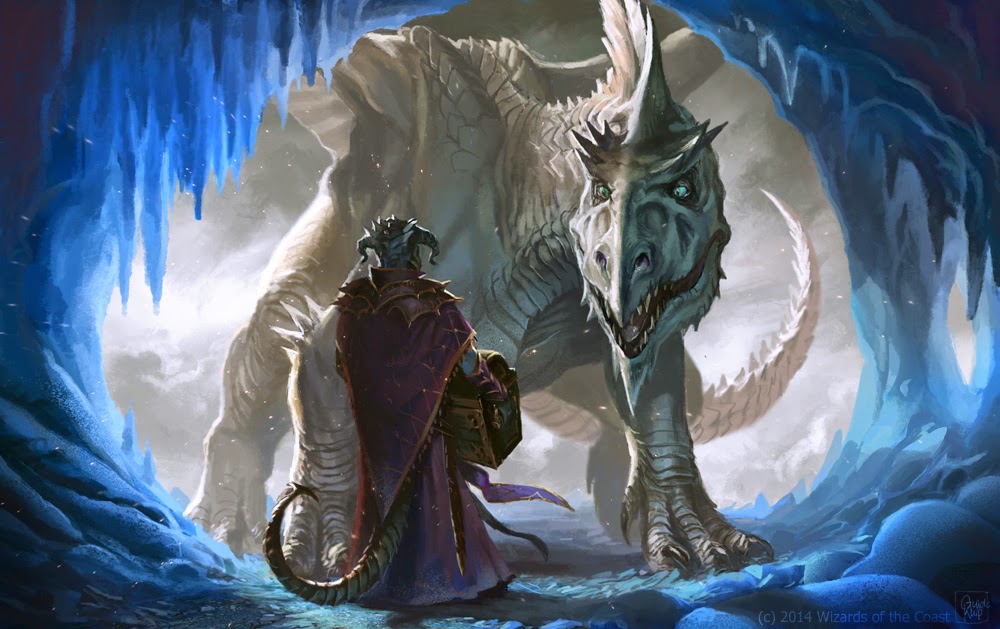 For the next few weeks, we will be playing Hoard of the Dragon Queen on Sundays. D&D Encounters is usually run on Wednesdays, but because of the holidays, the store will be closed for the next two weeks (Christmas eve and New Year's eve). I am obsessed with making sure we finish the Tyranny of Dragons path by March.

The heroes are level 7 and I am noticing a big difference now. The heroes are getting multiple attacks and doing a lot of damage. Dark the Dragon Sorceress has access to some pretty powerful spells, including greater invisibility. The party has three rogues, all of which have evasion - which means that on saving throws instead of taking half damage on a save, they take no damage. It is extremely effective and will really help the party against the dragons in the path. 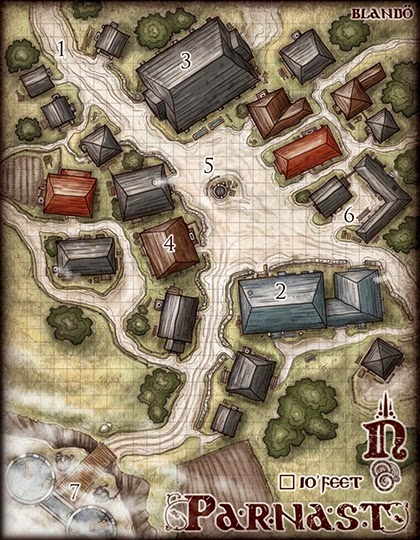 The deal in Parnast is that the flying ice castle is landed here. The heroes have about an hour before it takes off. I was wondering if they'd try to sneak on right away, or explore the town first.

It turns out that the players have been waiting a very long time to do some shopping. They bought everything from flasks of oil, to full plate armor, to potions of healing (I let them stock up, as the party doesn't have a healer). They took so much time shopping that the castle took to the sky.

The heroes found the wyvern stables. The idea here is that the heroes can ride the wyverns to the flying castle, and wave the banner that they found in the Hunting Lodge to prevent being attacked. To put a saddle on a wyvern, a PC needs to make an animal handling check. This was interesting, because not many players pick animal handling as a skill. If this check fails, the wyvern stings the PC for a huge pile of damage: 11 damage and 24 poison! 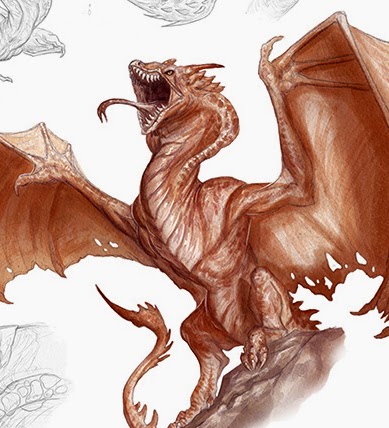 Of course, Dark rolled really high and climbed on a wyvern and was riding it in no time (once on it, you need to make a couple animal handling checks to understand the different commands it responds to). The rest of the party had a harder time. A rogue got stung, but in the end they took flight.

I printed out some maps of the castle for the players. In retrospect, I should have given them maps with room numbers, as without them it was very difficult to indicate where they were or where they wanted to go. The heroes parked their wyverns and wandered around a bit.

They ended up heading right to Rezmir's room, completely by chance. The lock on the door is very tough to pick (the DC is a 25). They ended up going to the room with the two red wizards. Dark immediately charmed them, twinning charm person (sorcerers can spend sorcery points to "twin" a spell, which allows the spell to affect a second target)! I rolled terribly on both of my saves. This was completely unexpected by me. 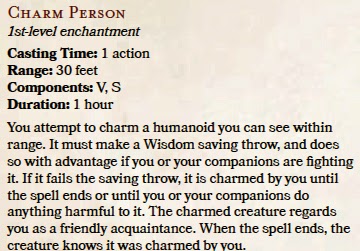 I had to make a snap decision. Charm Person says that if the spell is cast during a battle, then the victims have advantage on their saving throws. Technically, exploding into the room and casting that spell might be the beginning of a combat - a surprise round. Azbara Jos has battled the heroes before, and as soon as he sees them, he knows the deal.

But if there was to be a combat, the other red wizard Rath Modar just tries to flee, leaving Azbara and a gargoyle to battle the PCs. It's not much of an encounter. I liked the idea of the PCs using the wizards to lure out Rezmir, and then leaving (which would allow Rath to flee with ease) so I let it happen.

After a bit of discussion, Dark convinced her new friends to go lure out Rezmir to show her Dark's pet black dragon, Sparky. They agreed. 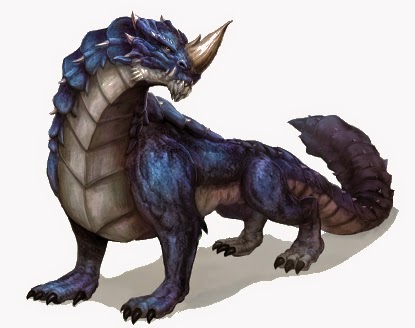 A big fight with Rezmir broke out. Rezmir created a globe of darkness which really messed with the party. Still, Rezmir was hurt bad right away from the surprise assault, and stumbled into her room. A rogue raced after her, but was jumped by the rug of smothering which blocked the doorway. The drakes dropped the rogue, and Rezmir yelled out that she would kill the rogue if they didn't leave at once.

The party was in a tough spot. The doorway was blocked by the rug, technically a monster. It was the paladin's turn. I figured he'd slash at the rug. He's a handy guy, always keeping close to an ally and blocking attacks with his shield. I did not expect him to misty step - teleporting behind Rezmir and stabbing her in the back, killing her! It was awesome.

The PCs wanted that black dragon mask that Rezmir has. It's in a locked chest in her room. If she dies, all the contents of her chest are teleported away. That's kind of a bummer, right? The PCs killed the big villain and got no treasure. If a party wants that treasure, they'll need to sneak in while she's alive somehow, pick the trapped lock of the chest, and steal it. 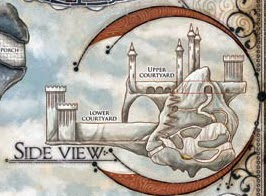 The adventurers headed to the upper courtyard and told the ogre guards on the roof that they were "inspectors". The heroes rolled well. The deal with this tower is that the interior is hollow, and the only way to get to an above room is to speak a magic word. The heroes didn't know this word, but tricked the ogres into saying it. The word was "Esclarotta", the name of the giant spirit that powers the castle.

The heroes appeared in the secret room, which held a sarcophagus holding Esclarotta's bones. That's all that's in there. The only way out is to say another magic word: "Blagothkus", the name of the giant steering the castle (and the husband of the dead giant). We had ourselves a problem: The PCs were trapped in this room and had no way of knowing the exit password!

So what did they do? They cast fire spells to escape, melting their way out.

We had to stop there. The heroes still need to battle Glazhael the Cloudchaser, a white dragon. This will be the first time the heroes will ever fight a dragon. It should happen next week, and I think it will be awesome.
Posted by Sean at 11:49 AM