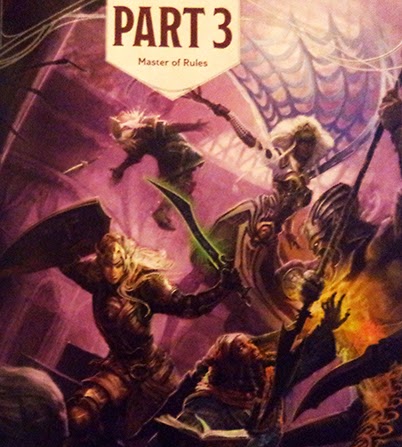 Here we are at the fourth and final part of my comprehensive look at the 5th edition DMG. I still have to rely on photos from the book for the most part, so I apologize in advance.

If you missed them and you want to start from the beginning, here's some links to the earlier parts of this review:

We kick this thing off with a few pages on table etiquette and the pros and cons of rolling in front of your players. I always roll right in front of them. I have this gigantic grey d20 that always seems to roll high... they hate it.

We go over the basics of a Difficulty Class. It goes like this: 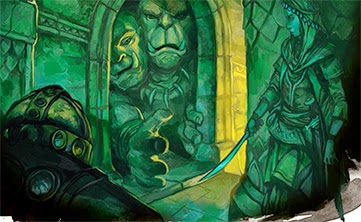 We get details on when Inspiration should be handed out. It's meant as a reward for role-playing, acts of heroism, and "genre emulation". Genre emulation refers to a player doing things that fit the style of your game, like not being able to resist a dame (or dude) in a noir-style game.

What really interests me is this: "Remember that a player with inspiration can award it to another player." I had no idea this was an option. In my Hoard of the Dragon Queen game, I have two players who are constantly getting inspiration for doing cool team maneuvers in combat (mostly revolving around the elf throwing the gnome at monsters). This ought to help quite a bit, as I've had trouble getting my players to use their bonds and flaws to get inspiration. 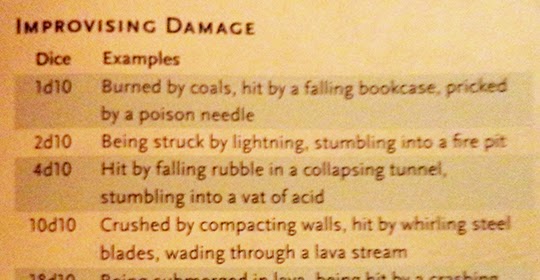 We get a nifty chart on convincing NPCs to do stuff. We are given a nice little list of object hit points (a fragile barrel has 4 hit points, a resilient barrel has 18!).

There's a great chart for improvising damage which is a nice guideline. If you are submerged in LAVA, you take 18d10 damage. I remember some 4e adventures where you took 15 damage per round or something. That was pretty goofy, glad they fixed it. Seems like getting hit by lightning should do more than 2d10.

There's a great section on chases. Basically, you'll use a dash action each round. Once you've dashed 3 + your Con mod in rounds, you'll need to roll each round to avoid becoming exhausted.

There's a big table for complications that occur during a chase, like a crowd blocking your way or the classic 'two guys carrying a stained glass window' thing.

We get into siege equipment. They thought of everything! This book is really great. In case you are wondering:

There's details on diseases, poisons and... madness! Let's roll up a long-term madness. I rolled a 22: 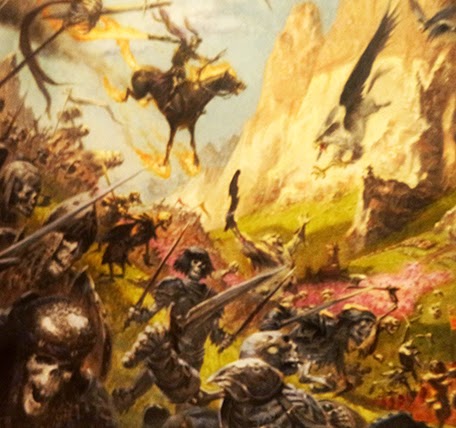 This chapter kicks off with some seriously intense optional rules. Hero points?! A PC starts with 5 hero points and can use them to add +d6 to a die roll.

Get a load of this: new stats! Sanity and Honor! Honor might work well with the "Station" rules in Al Qadim. Sanity is obviously a horror game device, like in Call of Cthulhu. Failing Sanity saving throws would give you madness effects from the chart in the previous chapter.

There's rules for a "gritty" game where a short rest is 8 hours and a long rest is 7 days. I kind of like that, as it helps make time pass in the campaign. It always bothers me when the PCs go from level 1 to 10 in 2 weeks of in-game time. 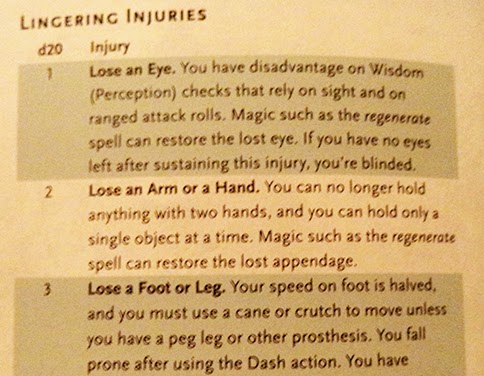 I love this section. There's a chart for special injuries, perhaps used when there's a critical hit, failing a death save by 5 or more, that kind of thing. It reminds me of the Paizo critical hit deck, which I converted to 4e when I ran Scales of War and everyone loved it. Conversely, nobody - and I mean NOBODY - wanted me to use the fumble deck.

I think I might ask my players if they want to use the lingering injuries chart in Hoard of the Dragon Queen. There's no beheading, it's stuff like losing an eye, arm, or leg and getting a scar or broken ribs.

There are a pile of pages on making monster stats and monster abilities. I will be re-skinning so this doesn't interest me much. There's a neat little section on making your own spells, with guidelines for how much damage spells of different levels should do.

Then we get into rules on making your own races and a spell point system. 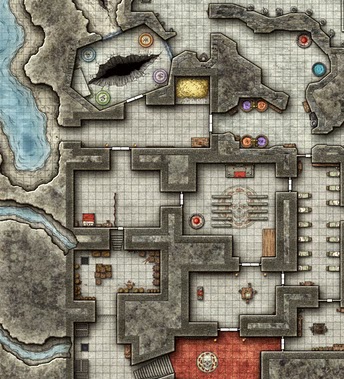 This is a pile of charts to help you make a dungeon. I hope some intrepid individual turns this into an online program to generate random dungeons at the click of a button.

There's charts for different kinds of dungeons, including mazes, planar gates and death trap dungeons. Let's roll up a trap:
Now let's roll a random trick:
Let's give our dungeon some dungeon dressing:
Appendix B: Monsters 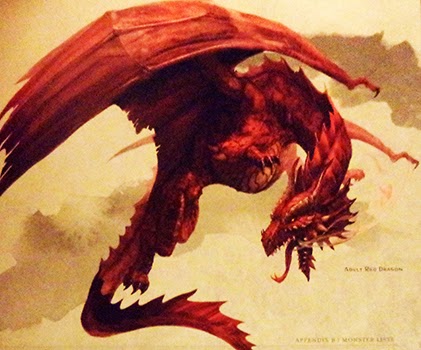 This section lists monsters by environment. In the arctic section, there's a yeti. In the desert, there's a giant scorpion. That kind of thing. 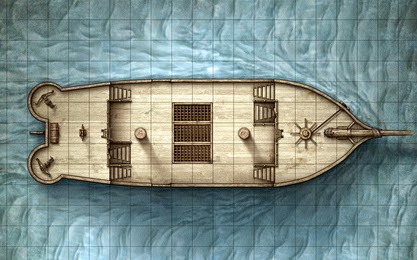 We get a few pages of great maps by Mike Schley. Some of these maps are from previous releases. I think one of these is the map to Vault of the Dracolich, and the ship map is from Talon of Umberlee (which is in my opinion the best ship map out there by far).

It's nice to have these and all, but I'd like it if they released some of these as poster maps. The inn, the ship, a dungeon and the cave seem like good ones to start with. 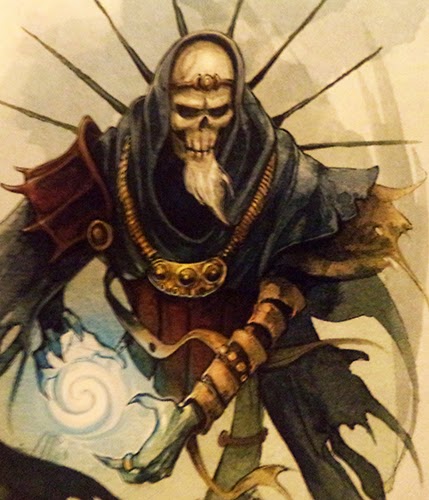 So after 4 posts of ranting and raving, I think you can tell that I really like this book. It seems like they thought of everything.

It's funny, in 4e the general feeling seemed to be that a DMG was something that was difficult to make content for. But here, there's everything and the kitchen sink. They included all the little things that often get forgotten - the cost of a building, how to maintain a business, useful magic item creation, and cool variant rules like the injury chart.

I also greatly appreciate the random dungeon charts. They are extremely useful and inspiring. The NPC and villain generators are top-notch, too.

The 5e Dungeon Master's Guide is a home run, and it is easily the best of the three core books.
Posted by Sean at 7:38 AM

Perhaps the Schley maps will be available for digital download purchase from Schley's web site, just like the LMoP maps.