Xanathar's Guide to Everything - Underworld Speculation 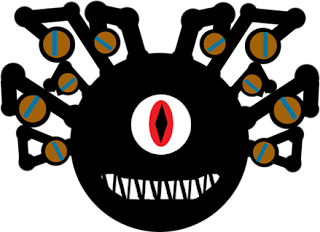 Xanathar's Guide to Everything became available for purchase in game stores the other day. I got it and I should have a review of it up soon. I was also given the special promotional adventure sent to game stores, called "Underworld Speculation", written by Chris Lindsay.

It is a short scenario meant to last 1-2 hours and it comes with pre-generated characters that utilize the new options in Xanathar's. I'm not sure if this will be sold on the DMs Guild. Maybe they will wait a month or two so game stores can run it, then release it?

If you want to watch the session, it is right here on Youtube:


Warning: Major Spoilers! This adventure has some special things in it. If you are going to play through this adventure, you should not read this, as it will lessen your enjoyment of it.

The group has been in the city of Waterdeep for a few weeks tracking the criminal activities of the Xanathar, the beholder crime lord. They were knocked out and awoke later in a cavern that contained a pool of water as well as a magic orb siting in the center of a magic circle.

The orb reached out to them telepathically. It explained to them that they were prisoners of the Xanathar. Its name was Dawn's Beacon, and it could help them escape.

After some careful study, the heroes saw that it was a magic item of great power. It granted them the power of water breathing, and it had other "legacy" powers it could install in them over time.

The heroes got their water breathing going and dove into the murky water, swimming down and down, looking for an underwater tunnel. They tied themselves to one another with a rope, as the conditions were pretty harsh:

The heroes were attacked by 2 humanoids that had tentacles instead of legs. One tried to drag Selkie away (she had decided to hold the rope rather than tie it around their waist) but failed.

The group was able to take them down. The rogue did a lot of damage.

Then we came to an area that I didn't quite get. Maybe I missed something. A trip wire in an underwater tunnel? How does that work?

It doesn't matter, because Fosser spotted it and the group was able to avoid it.

They continued swimming and came upon a really tough monster... a flail snail!

This thing has 5 attacks! It can emit radiance that stuns you!

Fosser heroically kept its attention while the others chipped away at it. He used the dodge action to great effect, swimming and evading the dancing flails. Selkie cast create bonfire, which does work underwater.

The bonfire erupted inside the snail's shell and did quite a bit of damage over the course of a few rounds. It used its stunning radiance power, but the entire group made their saving throws!

Lyra sliced off one of its tentacles (when you do 10 or more points of damage in one shot, a tentacle is sliced off). The group defeated it, although Fosser was hurt very badly.

The heroes found an empty side tunnel to rest in for an hour. Once healed, they continued on.

The group emerged in a strange valley. In it was a fortress, 4 clams, and a massive beast that swam far above them.

Something seemed off to the group. I was wondering if they were about to catch it and I almost ruined it by mis-speaking. They decided to go to the fortress.

Descriptive Vagueness: A bunch of "algaepygmies" attacked them. Selkie cast a darkness spell. Watching this back, I don't think I was clear on where the darkness was. Some of the group seemed to think they were all in the cloud of darkness. I thought the cloud had caught only the algaepygmies.

These are the kinds of mistakes I have a hard time avoiding. I have a hard time communicating what's in my head iwith words at the table at that moment. I'm so excited to do the encounter that I sort of take off without the rest of the group having a full understanding of what is where.

Selkie went into the darkness and chopped up some algaepygmies. Others emerged from the darkness. Lyra and Fosser took them down.

The Big Surprise: With the bad guys slain, they looked at the fortress. It was made of one solid block of stone. No windows, no doors. The front gate was held up by a slot.

The light bulb went on. Selke said... "We're in a fishbowl!"

Yup! The group had been shrunk down and placed in the bowl containing Sylgar, Xanathar's prized pet goldfish.

Dawn's Beacon pointed out that if they could swim out of the top, they could escape.

The adventure has a slightly different take. It says that Dawn's Beacon would teleport them out if the group swore a magical vow to one day kill the Xanathar.

I thought it was much more fun to have them try to swim out as Sylgar attempted to eat them!

The heroes wrapped themselves in seaweed and tried to inconspicuously float to the top, which I thought was a hilarious idea.

It bit Lyra, doing 22 damage. She survived! She swam up and out, vanishing as she emerged from the water.

Then it came for Fosser. It bit him, too, doing 22 damage! He lived! He swam out and the entire group escaped!

They were genuinely surprised by the twist. It was definitely a unique, fun adventure. When I read it, I wasn't really into it. But, as is often the case, it came off much better in play than I thought it would. This adventure was fun.

I'd tell you to go play this, but I just ruined it for you. If you can get your hands on it, run it for unsuspecting players!
Posted by Sean at 8:17 PM

I had definitely intended to exclude the other two from darkness, so I think you were all right on that? I went first and swam out 15, which should have just caught the pygmies.

But yeah, it was a fun time! I really enjoyed the limitations of the underwater tunnels - I'm planning on working something like that into my Tomb of Annihilation game. It definitely increased the tension!

The reveal that they're in a fishbowl is super cool! I wonder what prevents the PCs from upending the bowl later and retrieving the artifact though?

This website can live streaming , you can join at my site :
agen judi online terpercaya
Prediksi Bola

Amazing post i am pretty much pleased with your good post.You put really very helpful information

At TCI, our people are our most important resource. We value work-life balance, which is why we offer a variety full and part-time employment and consulting opportunities. We are currently looking for talented, passionate individuals to fill the following position.