Dungeons & Dragons - A Guide to the Codex of the Infinite Planes 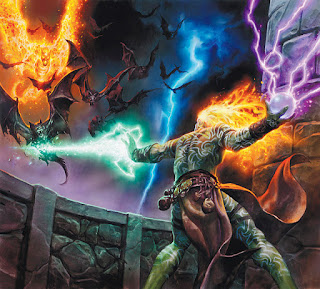 I was planning out my Planescape campaign and I decided to work in an incomplete fan-made adventure about the Codex of the Infinite Planes (it is free and really nice). I read up on everything I could find about the codex and I'm going to compile it all right here. This should be a nice starting point for you if you want to use this item in your campaign.

Here's the weirdest thing about this magic item. The best material by far was made by a fan and is not official. But you should definitely check it out because it is awesome and fits the lore perfectly. I'll include that info at the bottom of this guide. 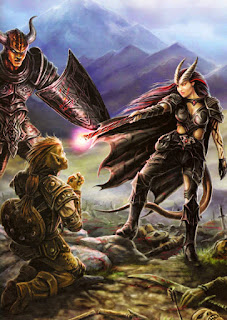 Here's the basic information you should know about the Codex of the Infinite Planes:
AD&D 1st Edition

The codex actually first appeared in one of the white box supplements and thus is one of the oldest items in the game. Here in the 1e DMG, we get basic details. It is heavily tied to Greyhawk lore.

We learn that it is sometimes known as "Yagrax's tome" and that an archmage named Tzunk got his hands on it. The Codex caused the destruction of the isles of woe. Other factoids:
Like most of the items in the 1e DMG, it is up to you to pick the spells and powers inside the codex. It has 16 spells total, the highest of which are level 6.


The Codex is detailed in the book of artifacts

. The codex gets a full page and more details are added:
Pick Your Powers: Once again, the powers of the codex are up to you. In this book, there is a massive section full of types of magic item powers. They are really great. For the codex, you choose four minor powers and four major powers off of the lists.

Curse: Every page read, whether useful or not, has a 1% cumulative chance of triggering an awful fate such as madness or a "10-mile radius clouds of deadly poison (no saving throw)". We also learn that "No character can read more than 99 page before doom befalls them."

They give a few possible ways to destroy it:
Iuz the Evil 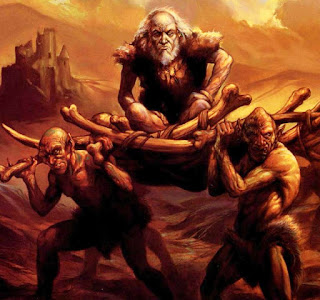 In Iuz the Evil, we learn a little more about Archmage Tzunk, who was mentioned in the 1e DMG. It says here that his body was sundered into a hundred parts to thwart attempts at resurrection. Did the fire genies do this? In Greyhawk, there is a guarded tomb that contains only the hands of Tzunk!
Dragon Magazine - The Plane of Truth 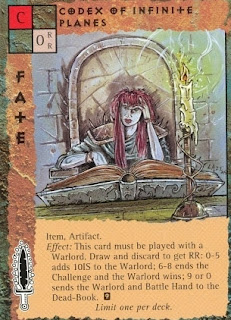 This was a collection of articles in issues 203 and 204. I think it was meant to hype up Planescape. It mentions the codex a bit in story form. This article gives an entire new element to the codex. It reaches out to people in their dreams and siphons the life out of them. Their life force keeps the codex powerful.

Short version: The codex reaches out in your dreams and for the next few days you are compelled to write down the encrypted image. One guy kept waking up new tattoos on his flesh. After a few weeks of this, you become a lifeless husk.

In the story, a guy named Fallendor gets sucked in, but he is able to escape somehow by taking over the body of the next guy to get sucked in. That second guy, Ambran the Seeker, mentions that he knows he is going to teleport to "Hruggek's Realm" once he finishes his transcription, but he can't stop.

Hruggek's Skulls: I decided to look up Hruggek in Monster Mythology. He's a bugbear god. He lives in pandemonium and is surrounded by the severed heads of his conquered opponents. The heads have magic powers and the book talks about them:

"How this has come to be is hard to explain; it would need magical powers well beyond Hruggek's capacity to create such artifacts. This suggests that some deity with major wizardly powers has some form of agreement with Hruggek, although the nature of this - and who the other deity might be, and what that deity has to gain - is entirely unknown."

I don't know if the codex is involved with Hruggek, but I figured I'd throw it in there.

Secrets of the Lamp 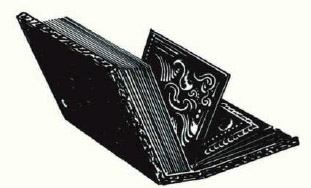 There are a few paragraphs about Tzunk. Tzunk tried to conquer the City of Brass using the codex. He was defeated by four million fire genies and he was brought before the sultan. The area of the city that he destroyed became a race course during his attack.

The codex is in the Epic Level Handbook. Here's some new developments:
They finally list some powers! Each of them can be cast at will:
When you activate a power, you need to make a check or else you must roll on the catastrophe chart. It's pretty insane. You might get hit with an earthquake or summon 1d3+1 balors.

The Adventure: There is actually an adventure in this book that deals with the codex. The adventurers need to go to a wizard's tower in the plane of fire.

There's a group called the Gleaners who have long sought the codex of the infinite planes. We learn that the codex was stolen by a "retriever" named Regalid. Regalid stole it from Schaethreth, an infernal. Schaethraeth has owned the codex for 100 years and can actually sense it when he is near it.

Regalid is hiding out in a wizard's tower near the city of brass. The codex "stands on the floor along one wall, nearly filling the area of a normal bookcase."

Living Greyhawk was an "adventurers league" kind of thing that was set in Greyhawk. I'm not sure whether or not some of the stuff "counts," but if it's cool or useful, it "counts" to me.

They had a series of linked adventures called "Ether Threat." It is actually set in the area where the Isles of Woe were, which is the place mentioned in the 1e DMG. Here are the adventures an brief highlights of what they're about.

Isles of Woe:
Into the Dying Lands: The heroes go to a shrine of the mage-priests and the group learns about Tzunk's life and exploits.

Return to the Isles: The group goes to one of the Isles of Woe to find a sword that will lead them to the mysterious Yagrax.
Sepulcher of the Wizard King: The heroes go to Yagrax's Tomb to summon his spirit. The group needed his spirit, because only Yagrax could use the codex without going insane

Endgame: Yagrax possesses the body of an NPC and leads the group to the planes to banish the Ethers for good. Then Iuz shows up and steals the codex.

Iuz: In a later Living Greyhawk adventure, Iuz used the Codex to become a lesser deity. It is hard to find info on the later adventure series that involved the codex. 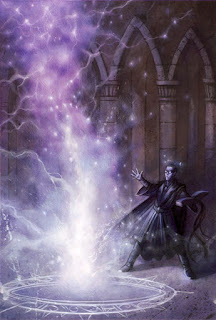 , we get the 4e version of the codex. We get a few little nuggets:
Powers: Once per day you can choose a location.. anywhere.. and you and your group appear there. You could even just say you want to go to "a king's treasure room" and it will take you there.
It can return creatures back to their plane of origin.

Maldin's Version of the Codex 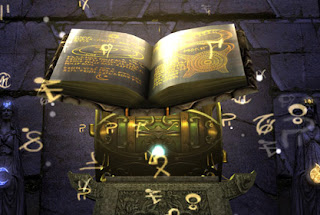 This site has a giant entry on the codex that is really good. The author is Denis Tetreault, who wrote dragon magazine articles and apparently was very heavily involved in Living Greyhawk. This site greatly fleshes out the codex and is, in my opinion, the best resource for those looking to use the codex. Some stuff we learn:
Dangers of the Codex: When you open the book, you must make a saving throw. Fail means you lose up to 11 character levels! Success means that you are attuned to the book. Then you make a second save. Fail this and you go insane.

As you read through the codex, you will trigger various curses. You'll also drain energy sources nearby - fires go out, the temperature drops, etc.

The Great List of Names: Pages that list every person that has ever attuned to the book. There have been only 12 people to do so in the last 3,000 years.  It lists their truename and how they are remembered by history. If you open it, you will find your name at the bottom of the list.

This site actually lists the last 12 names. It includes Yagraz, Tzunk and Zagig! Further down, he goes into detail about each one.

That brings us to the Codex of the Infinite Planes adventure!

The adventure is meant to span from 1st level all the way up to around 20th. I'm going to run a condensed version of it, just hitting the main plot points. The author took all of the lore and combined it, and added all sorts of Planescape stuff. What he's done so far is really cool.

It is unfinished as of now. The whole back half is full of stats and it has a complete 5e version of the codex. It is basically a compilation of all the best ideas of the older versions.

If nothing else, you could get this for the tons of 5e stats and converted magic items. It's free so if you have any interest at all you should download it.

Maldin's Greyhawk version of the Codex
The Codex of Infinite Planes adventure
More details on the Ether Threat series of adventures
Posted by Sean at 3:59 PM

I comment a lot on your blog, but it's posts like this that force me to do so! These guides are so definitive as to be "the" source regarding the presented topic. They spark creative thinking giving many campaign ideas, and if the DM were to include the content into their game, the time savings achieved would be enormous.

grodog: Thank you! And thanks for all your work on the greyhawk stuff. Someday I am going to run a castle greyhawk campaign and it will be awesome.

Jason Raabis: Thanks! Basically I try to just post what I prepare, cleaned up. I figure it will be nice for DMs to have a place to get the basic info without having to do hours of digging.

I very nice summary, Sean. And thanks for the shout-out. I'm happy you like my material and have found my take on the Codex (my favorite artifact, of course) to be useful.

Denis "Maldin" Tetreault: Your site is tremendous! I'll be using your material in my Planescape game in hopefully around February 2018. Thanks!!

Maldin alludes to the map of the Nyr Dyv found in Greyhawk, The Adventure Begins (2E) that is held by the legendary Keldreth Scaramanthelon.