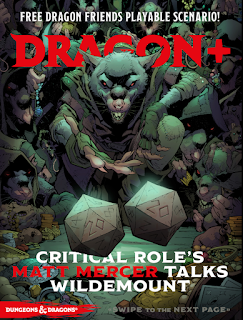 Looks like we've got ourselves a new issue of Dragon+ ready to be reviewed! I'll go through it and look for any cool tabletop D&D stuff that seems useful to me, and hopefully you. Let's check it out.

It is the Year of the Rat, so our cover is rat-themed, courtesy of artist Max Dunbar. Woww... we get a peak at some recent art of his. Check it out: 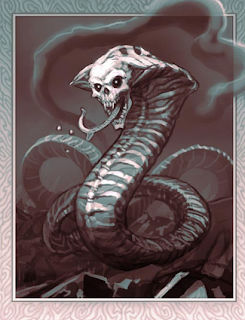 Looks like this was made for the monsters in Mordenkainen's Fiendish Folio, an update of the classic 1e Fiend Folio.

This book will be coming out soon - it's a sourcebook linked to Critical Role. Apparently it shot to #1 on the Amazon bestseller list already!

There's a new type of magic called Dunamancy, which deals with "...time, space, quantum physics, and astrophysics, focusing on probability, potentiality, the realization of timelines and alternate realities, the passage of time, entropy, and all of these facets. There is a lot of gravity and minor time manipulation."

Subclasses! An echo knight is a fighter subclass that plays into "...the multiple timeline theory."

We also talk a bit with Deven Rue, who makes the great hand-drawn maps for Critical Role. 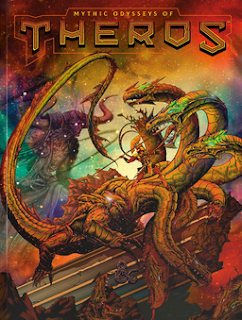 This is a setting from Magic: The Gathering that is being converted to 5th edition. It's inspired by Greek mythology.

Apparently they've taken "renown" and blown it into a huge thing. If you devote yourself to a certain deity, you gain special rewards.

So... the opening cinematic of the game details pretty much nothing but mind flayers and the githyanki! Really awesome, you should definitely watch.

"Having barely survived a crash-landing at the start of Baldur’s Gate III, players find themselves stranded in the middle of an inhospitable wilderness. "

You start the game with an illithid tadpole in your head! Sold!

I think in 2e, a nautiloid is a wooden vessel. Here, in the game, it's much more elaborate, and the front tentacles move and have the ability to teleport people onto the ship. I love it.

The nautiloid was always my favorite spelljammer ship. I am beyond pleased to get to see it brought to life in this way.

This video was so great that I looked into when this game is coming out. As of right now, there is no release date.

This is a dice set with a map and cards, like the Descent Into Avernus dice box that I liked so much.

They give us a pdf of Laeral's stats, too. 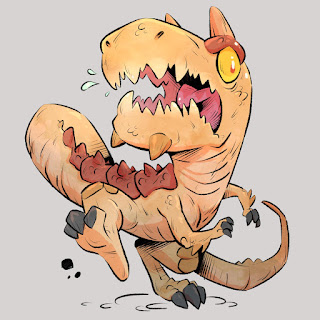 We look at rats in D&D. Cranium rats get a mention. Moonrats from 3.5, who get smarter during a full moon. Then we get "dragon rats", created by Dan Dillon of the D&D Team. We get a pdf and everything.

"Dragon rats are vicious little dragons resembling the rodents that are their namesake."

"Dragons despise dragon rats, not only because they destroy dragon eggs to procreate, but because they infest older dragons as parasites..."

I should also note that there is a secret message embedded in the text of this article.

We get .pdfs of rat-related articles from old issues of Dragon. Wow, we even get pdfs from Exemplars of Evil and 4e's Pyramid of Shadows!!

The Pyramid of Shadows adventure was popular at the time it was released. I used some stuff from it but I never ran it all the way through.

Now we get to one of my favorite part of Dragon+. Free maps! We get tagged and untagged maps of Khorvaire (the Eberron setting) along with some other maps from the book.

We also get level 2 of Dungeon of the Mad Mage, maps from Exemplars of Evil. Huh... apparently someone was going through that book, recently! Wonder why.

Well, dang. Here's something new. Sam Hanshaw gives us 20 house rules.Here are a few that stuck out to me:

Rule 2. Small enemies share HP as a squad and attack as one.

Rule 3. Minion enemies have 1 HP and don’t take half damage on failed saves.

OK! Sounds good to me. I should definitely use this.

Rule 7. “I have a thing for that”: Allow a player to spend a point of inspiration to “remember” their character purchases a mundane item.

I've always been wary of this. I run my games loose, but this kind of thing could get out of hand.

It's hard to complain about Dragon+. You get free stuff! Maps and pdfs, new monsters, and it helps keep you current on what wizards is up to.

Honestly the thing that stuck out the most was Baldur's Gate 3. Seeing mind flayers and githyanki and a NAUTILOID in a cinematic is really amazing. I can't wait for that game.
Posted by Sean at 8:03 AM