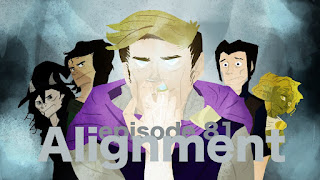 Rachel has returned and will be playing Miranda again tonight! This was a heck of an episode.

The group is level 10!
The Party

Last time, Paultin stormed off and took Simon with him. The group is in the lost city of Omu. They just deactivated an egg bomb, stopping it from exploding and possibly killing everyone.

It's night. Strix flies up above the city and looks for him. No sign of Paultin. It will be very hard to find him at night.

Miranda blames the ring. She says that her people (the elves) made it. It houses an evil entity.

Evelyn performs a eulogy for Typho and keeps asking for details because she didn't know Typho at all, which amuses me greatly. The group is bummed and decides to sleep.

Miranda summons a little protective zone that makes it hard for enemies to find them.

The next morning, Paultin returns. Strix is the only one awake. He ignores her.

Paultin is heading into the gloaming thing. I get the feeling he is going after Miranda.

Paultin stares at Diath. Roll initiative! Evelyn refuses to get involved. Anna does not roll init.

Paultin draws the sunsword! Wow. He runs up, is about to swing.. then he disappears. Invisible! He becomes visible a moment later. The sword is at Diath's back. Is he going to...?

Then Paultin starts laughing. He says he was joking. Huh. The group is not sure what to make of this. 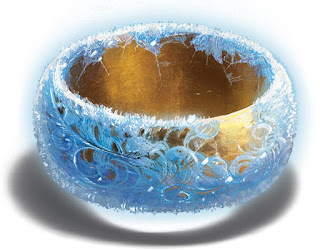 Diath tells him not to do that again.

Paultin asks what the deal with Shemeshka. There's a lot of interpersonal weirdness.

Diath hands a key over to Strix and tells her that no matter what, he needs to hold on to this key. He gives her a pep talk and tells her she's powerful. It's true! She is. He forces the key into her hand.

When he hands the key to Stirix, a pulse goes out from the keys. That doesn't sound good. The group assumes the worst.

Parsnip the vegepygmy shows up. Green bean is here, too. Miranda is overjoyed.

Paultin approaches Evelyn. He puts his hands on her shoulders and tells her everything is fine and he's right where he needs to be.

Awkward! Evelyn is stunned. By the time she is able to bring herself to react, the moment has passed.

A vegepygmy gives a flower to Paultin. This quote is uttered: "Evelyn has something for morning glories, you can't remember exactly what."

Evelyn takes the flower, flies and spins in the air. She summons her horse, Morning Glory!

It has been a long time. Morning Glory is no longer an undead monstrosity. His mane and tail are golden. The horse does not have wings, but does have a wing pattern emblazoned on her shoulders.

Evelyn quietly apologizes to the horse. Strix is chewing on the key.. she smashes it on the ground.

The heroes head out into the city of Omu. There's shrines out there to be explored. They come upon an icy clearing. A frozen garden of death. Lots of dead vegepygmies. Did Paultin do this the night before with the ring of winter?

Parsnip points back at Paultin, blaming him for what happened. Evelyn wonders aloud if maybe there's some other handsome bard out there in Omu.

Miranda ha had enough. She wants Paultin to take the ring off.Paultin refuses. Strix tries to cast hold person on Paultin. Paultin shuts it down with counterspell! Wow, Nate. Wow!

Something is coming through the trees. It's Waffles!

The group asks Simon if Paultin killed the vegepygmies. Simon shakes his head no. It wasn't Paultin.

Diath talks about the weird vision he had of Paultin with glowing blue eyes. He tells Evelyn she wasn't in the dream at all. She sadly notes that she knows she is not the main character.

Paultin takes off the ring of winter. He puts it in his pocket.

Diath remembers trying to take the ring off of Paultin, and Paultin's reaction was much different. Diath makes an insight.

Also... where's Handrew? It's gone. Paultin says that the hand got lost in the cold. I don't know where he went, says Paultin.

Miranda casts detect magic. Paultin's an illusion! The ring's not there either! Paultin draws the sunsword. He stabs himself and melts. Yep, he's a simulacrum.

Diath tackles Simon, trying to get him away from Paultin. The only thing that's real is the sunword.

Evelyn realizes that Paultin touching her shoulders.. that wasn't real. Man... Evelyn's having a rough life.

Miranda tries to cheer Evelyn up by making her a Lathander bouquet.

Suddenly, Diath feels a stabbing icy pain in his brain. He takes 25 points of psychic damage. Blood pours out of his nose and eyes. The geas!

The players filled this session on their own and it was fun to watch!

Anna says that she will run a 5e game?! She's running the starter set adventure! Episode 1 is next Tuesday after DCA on Misscliks. Rachel is also starting a show with a great name: Shit Goes Down.

We talked about this episode on Waffle Talk: